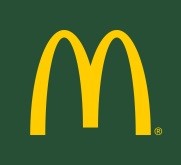 Philippe Eberhard
Philippe Eberhard is the founder and CEO of Cabinet Privé de Conseils S.A. After studying political science, he launched his career with Jelmoli department stores. He worked in Switzerland for several years (Locarno, Geneva and Zurich) and then spent a couple of months as an intern in New York, working at Bloomingdale’s, Young & Rubicam and Burson-Marsteller. Philippe is particularly familiar with the Swiss market, having had strategic and operational responsibilities for corporate management, departmental management and consulting. He developed his multi-disciplinary skills in marketing, sales and management in the distribution sector and his communications consulting skills primarily at Trimedia in the mid-90s. Philippe is equally at ease with strategy and the implantation of action plans. As a public relations and crisis communication expert, he has developed trusted relationships with leading businesses such as: Procter&Gamble, Banque J. Safra Sarasin, Addax & Oryx Group, easyJet, UBER, Coty, Duracell, Eli Lilly, Nestlé Waters, Comité Champagne, Firmenich, Caran d’Ache and the Neva Foundation. Among other consulting mandates Philippe Eberhard is Founder and Partner of Geneva Intelligence as well as Administrator of Optimiso Group. He is also a member of the Foundation Board of the Ronald McDonald House Charities Geneva. Philippe Eberhard is involved in various community and professional organisations. He is a member of the Société Suisse de Public Affairs, Société Romande de Relations Publiques, the Club Suisse de la Presse, the Union Suisse des Attachés de Presse and the Rotary Club. He is also a member of the Board of the Association of PR Agencies in Switzerland (BPRA). Furthermore, he actively supports an orphanage in Kathmandu (www.ashah.ch). Philippe Eberhard is married and the father of two sons.
All posts by Philippe Eberhard
« Previous Post