The logo of Southwest Behavioral & Health Services, which is a client of Phoenix PR agency HMA Public Relations 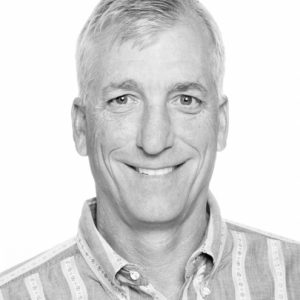 Scott Hanson
President, Southwest Behavioral & Health Services logo
Scott Hanson, APR, Fellow PRSA, is president of HMA Public Relations in Phoenix, Arizona, and a founding member of the Public Relations Global Network. He has been with HMA since 1986. Recognized as an industry leader, he is among only 450 PR practitioners to be admitted to the Public Relations Society of America’s distinguished College of Fellows and among only 20 percent of public relations practitioners in the United States to have earned his Accredited in Public Relations certificate from the PRSA. Hanson has earned several PRSA Copper Anvil Awards, numerous writing awards from Associated Press, as well as a prestigious Gold Award for media relations from Bulldog Reporter Magazine. He has also been recognized for his communications expertise by numerous client-related industries, including a President’s Award from the Arizona Association for Economic Development for his efforts to improve Arizona. Hanson is a member of Valley Leadership Class XX and is active in Entrepreneurs’ Organization. He is chairman of the Northern Arizona University School of Communications’ Advisory Council, a member of the N.A.U. College of Social and Behavioral Sciences’ Advisory Council and is also the professional advisor for N.A.U.’s PRSSA chapter. He is on the board of directors for Junior Achievement of Arizona and served for more than a decade on the board for The Arthritis Foundation’s Greater Southwest Chapter, as well as representing the chapter on the foundation’s National Awareness and Planning committees. He has also served on the board for the Society of Professional Journalists’ Phoenix Chapter. Additionally, Hanson has hosted Protecting The Public, an award-winning monthly news and information program for Phoenix Channel 11, and has done freelance work for other news organizations, including KPHO-TV (CBS), KSAZ-TV (FOX) and KNXV-TV (ABC). A Phoenix native and graduate of N.A.U., Hanson is also a certified high school baseball umpire for the Arizona Interscholastic Association. Specialties: Getting clients noticed.
All posts by Scott Hanson
« Previous Post