Since 2007, Prichard has provided communications to social changemakers across the United States to help make the world a better place. In 2015, we became a Certified B Corporation®, joining a global movement of people using business as a force for good. Our team shares a deep commitment to public service, community, and change. We have chosen this work because we want to make a difference in the issues we care about and in our communities. We have the talent, skills and experience to help you define and accomplish your strategic communications and marketing goals. 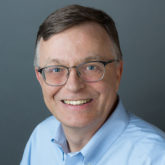 Mac provides strategic counsel to clients and leads crisis communications, government relations and business development work. He regularly speaks to groups across the country about the importance of social change communications.

Previously, he served as the communications director for Reclaiming Futures, an initiative of the Robert Wood Johnson Foundation. He was also a spokesman for three state agencies in Oregon—the Employment Department, Department of Transportation and Department of Human Services—as well as the Massachusetts Office for Refugees and Immigrants and Boston’s Big Dig. In addition, Mac served as a speechwriter to former Governor John Kitzhaber, and managed City Hall communications for then-City Councilor Earl Blumenauer.

Mac serves on the board of the Nonprofit Association of Oregon. Previously, he served on the board for the City Club of Portland and the Bus Project. 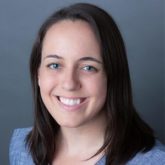 In addition, she manages Prichard’s daily operations, directs our sales program and oversees our internal marketing efforts, including the Portland Ten.

Erin holds a bachelor’s degree in English and a master’s degree in strategic communication from the University of Oregon.