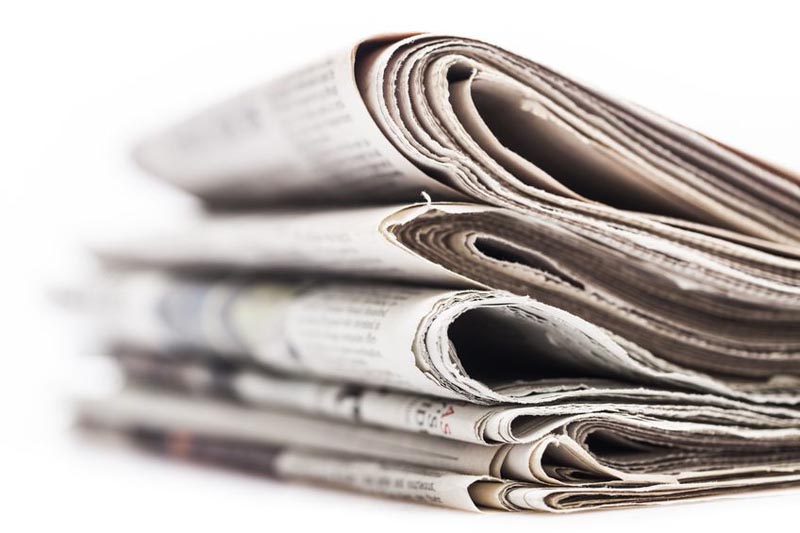 More years ago than I care to remember, when I was Cape Editor of the Sunday Times, I’d often receive a call from “head office” in Johannesburg requesting a “follow up” on a tip off or rumour that some celebrity or other had been seen swanning around Cape Town.

“We heard that Michael Jackson wants to buy Sol Kersner’s Little Leukoppie home, check it out,” or “Mick Jagger has been seen in the street or Princess Di is in Cape Town, get the story.”

I did not mix in circles where conversations involving Michael, Mick or Princess Di could be overheard but I knew an extremely well connected PR who did.

So I would call her and she would confirm with certainty the rumour, sometimes provide a contact number, or quash it. Always in strict confidence, she gave me more front-page bylines and inside page leads than anyone else in Cape Town.

In return I would attempt to place a press release from her PR company in the paper – given the sacrosanct rule that it was only accepted on its merit as news. It also meant that from time to time I would accept an invitation to attend one of her client functions.

It was a mutually beneficial relationship; I got the headlines and her clients got to see their name in print.

She was one of many contacts that I developed in the PR industry. Contacts that gave me insight into social circles in Cape Town, stories to follow-up on and when I became assistant Editor of the Cape Times, great news stories to pass onto the newsdesk.

It was a relationship based on trust, integrity and a deep understanding of each other’s roles – and it was mutually beneficial. The relationship allowed me to get the first quote from sources that to other reporters would only issue a crisp “no comment”.

Years later I changed jobs and became a PR myself.

I made it my business to stay in contact with my colleagues on the papers and in radio. This gave me rare access to the “media” which other PR’s did not share.

I was always careful however never ever to ‘”exploit” this relationship by asking former colleagues to run stories about my clients as a favour. I kept to the strict rule that any story I sent to a former colleague had to be news that would be of interest to their readers.

Again it was a relationship based on mutual respect, integrity and trust. Only once was that trust ever broken. It was when I shared the “inside” story on a current controversy with an editor. I told him that under no circumstances was I to be revealed as the source of the information. He agreed.

However, a few minutes after I returned to my office, I received a call from a reporter on that newspaper, repeating what I had told his editor in confidence, and asking me to conform the story. I told him, in very short, sharp terms that I knew nothing. Of course I never trusted that editor again – and I never will.

Now years later having played for both sides, crossing from the bright hard news side of the street to the “dark side” in PR I find it strange that I have so few really trusted relationships with any journalists at all.

Of course when I have a great news story to tell, there are reporters and editors who I will call. But that’s a contact built on necessity rather than the result of a symbiotic relationship of mutual trust and understanding.

There are a number of reasons for that.

One is that newsrooms have shrunk. Reporters are so busy rushing from one story to the next that they hardly have time to develop relationships. I too am often too busy to take time just to “chew the fat” with a contact in the newsroom. We exchange e-mails pass on compliments when we believe a story has been particularly well done, or simply try to help reporters and broadcasters fill the space they have to fill day-after-day with people to interview, pertinent comment on stories they are writing or content which is relevant to their audiences.

When we do meet reporters eye to eye, it is now more often that not at a press briefing or an event to which they have been invited and for which we want coverage.

The surfeit of newsroom staff also means that there are fewer reporters on “beats.” In the day there used to be crime reporters, municipal reporters, social reporters, court reporters, political reporters and so on. These days the lines are blurred. With reporters doing stories on any range of topics from environment to entertainment (celebrity) and crime all in one busy day.

So it is more difficult to nurture a particular writer for a particular subject as a contact for specific stories. There are of course very focused financial writers, reporters who cover “the environment” and of course those based in parliament writing politics for example, but they are few and our clients and their needs are many.

It is also true that PR agencies such as my own, HWB Communications, regularly hire former journalists to write for us, moving us from the news pages often to features and op ed pages. There our relationship is with editors and editorial decision makers rather than with reporters.

And as the landscape changes increasingly from print to digital, from press releases to the provision of “content” that can be placed across various “platforms” so the relationship between the bright side of the road and the “other side” in the general run of things has also changed.

There is still the healthy tension that has always been inherent in the relationship between PR, (professionals paid to protect and promote their clients) and journalists bent on exposure and revelation. And it is well and good for journalists to treat spin-doctors with a healthy dose of skepticism check the facts for themselves.

But reporters cut off their noses to spite their faces if they don’t see the benefit there is in having a healthy list of trusted spin doctor contacts to call for insight, an off the record fact or a behind the scenes briefing or simply just to confirm or deny.

Research shows that PR provides up to 70% of the content of newspapers. This flows from press releases, tweets, and conversations, tip off etc. Clever reporters nurture their PR contacts for great stories as much as PR’s exploit their media contacts for great placement.