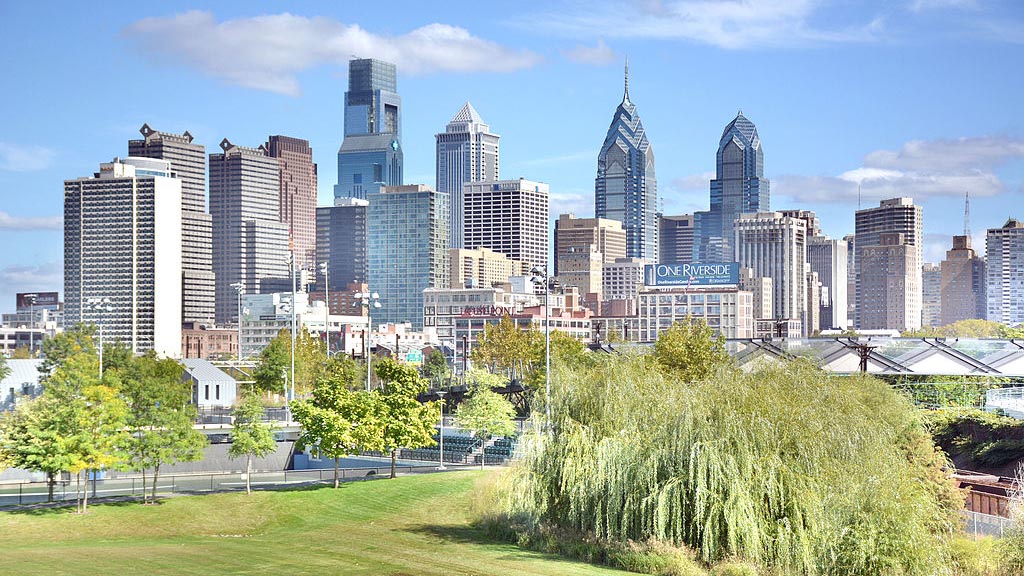 The Democratic National Convention’s selection of Philadelphia for its historic convention this week is no accident. A city often overlooked between the towering shadows of New York City and Washington, D.C., Philadelphia offers convention-goers and watchers a unique experience.

For starters, its historical pedigree is second to none. The fifth largest city in the U.S. and the second largest on the East Coast behind New York City, Philadelphia is considered the birthplace of the nation. Right smack in the middle of the original 13 colonies, it played a pivotal role in the American Revolution. It was the site of the signing of the Declaration of Independence in 1776 and the Constitution in 1787. Philadelphia twice served as the nation’s capital.

In addition to its key role in the birth of the United States, Philadelphia is also a distinctly Democratic city. Democrats outnumber Republicans 7:1. The state of Pennsylvania has voted Democratic in every presidential election since 1992.

Former Philadelphia Inquirer reporter Karen Heller, who now writes for the Washington Post, wrote an excellent piece on her former city in which she describes Philadelphia as:

[blockquote3]“…more complicated, more beautiful and verdant, more interesting, more more than outsiders believe it is. Philadelphia is a secret of a big city, one that often acts like a small one. It’s perpetually underrated. It is Washington’s opposite: friendly, passionate, muscular, a bit rough, huge of heart and frequently thin on ambition.”[/blockquote3]

Here are one insider’s thoughts on some of the Philadelphia stories beyond the Liberty Bell.

Big City Challenges. As one of the nation’s largest cities, Philadelphia is Exhibit A in the challenges facing American cities. Its poverty rate is the highest in the nation. Our public schools have struggled for years. Out-of-towners are often shocked by the number of homeless. But it can be a surprisingly creative city, too: The new Mayor just pushed through the nation’s first tax on sodas and sugary drinks, which will fund a pre-school initiative. 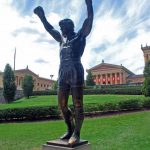 A Distinct Attitude (pronounced Atty-tood). From its dialect (native Philadelphians refer to water as “wooder”) to its sports passion (Philadelphians are equally invested in loving and hating their own sports teams), Philadelphia displays a common-man grittiness that is embodied in the overdone but universally recognized figure of Rocky.

Meds and Eds. For all of its unvarnished authenticity, Philadelphia is also home to an astounding number of colleges and universities (nearly 90, with the Ivy League University of Pennsylvania the city’s largest employer) and medical institutions. Its Children’s Hospital is one of the highest ranked hospitals in the nation. 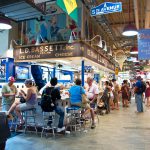 A Town for Foodies. When you mention Philadelphia, many think of cheesesteaks. But the city is known for much more than that. Its restaurant scene is vibrant. And when PRGN members visited Philadelphia a decade ago, they were enchanted by Reading Terminal Market, the nation’s oldest, continuously operating farmer’s market and home to more than 100 food vendors.

Thriving Journalism. In a widely watched move, Philadelphia’s two daily newspapers and its shared website were donated earlier this year to a newly created non-profit intended to protect the entities through the digital age. But my favorite journalism story coming out of the Convention is this journalism class at Temple University, where 20 students are serving as correspondents this week for small papers that could not afford to send a reporter to cover the DNC.

This marks the second time in a year that the world’s eyes are on Philadelphia (the Pope visited last September). Even though Philadelphians can be notoriously hard on their own city, there is still great pride in throwing open the doors and welcoming the DNC to our hometown.

Buchanan PR was named by the Philadelphia Business Journal as one of the area’s “Best Places to Work” and has consistently placed in the top 200 on O’Dwyer’s annual list of Top Independent PR Firms. Their clients include large, global corporations; regional businesses; closely held ventures; and not-for-profit organizations. Buchanan Public Relations is a founding member of The Public Relations Global Network, a consortium of nearly 50 independently owned public relations firms around the world. Anne Buchanan has served as President of the organization and continues to serve on the Executive Committee.

7 thoughts on “Philadelphia welcomes the DNC to town”