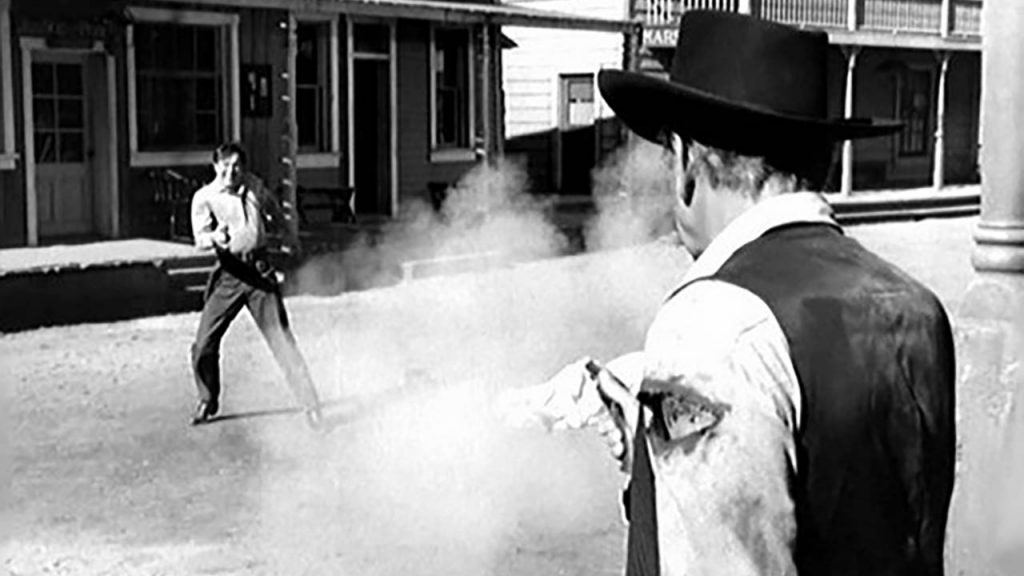 Who Has to Shoot First?

Sometimes it is cumbersome to get a budget figure from a prospective client. They prefer to keep us in the dark and want us to unveil a number first. It is a bit like the epic duel of Gary Cooper in the legendary western High Noon: “Who shoots first?” I talked about this relevant situation with David Landis, CEO and owner of our American PR partner agency Landis Communications Inc. (LCI) in San Francisco. He has decided never to shoot first.

“We don’t submit a proposal if the requester is not ready to tell us what budget they are willing to pay. And they must be able to pay our minimum budget. We do this so both sides do not waste each other’s time.”

Is he right? In Germany, many times we have provided a proposal after a clear briefing – but later on, we learned that the prospect’s budget was far different from what we thought. And this was not because we were too expensive. Our fees are average, according to the guidelines of the German PR Association DPRG.

David had this experience too: “We spend a lot of time and effort to create a tailored plan of action and cost. In the past, prospects have said to us, ‘Oh, we were thinking, that campaign should cost much less.’ Sometimes, you don’t even hear from the prospect anymore. We find it ineffective for both sides.”

So, how does one cope with those who do not want to shoot first? Sometimes it feels like the car dealer, where a customer comes through the door and says, ‘I want the Porsche 911 sports car. But when he is told the price, he says, ‘I only have money for a Fiat 500. But how about a deal?’ It does not work like this.

How is it that some business professionals think PR budgets are completely volatile and negotiable? They are not. Agency owners have a staff and other running costs – like any other serious business has.

As an agency, we do not sell Porsches. Our PR services are standard, but we need a signal of seriousness from the potential client. Therefore, PR budgets need to be clarified upfront. Otherwise an agency cannot write a credible concept or proposal. It simply isn’t true that prospects don’t have an idea of budgetary parameters. Within the company, there is a budget for marketing. If not: Hands off! This company will very likely fail, as they do not do serious business planning.

I asked David how he usually finds out more about his prospects. He told me his team developed a list of simple questions:

In the end, the LCI team proactively asks the question about the budget for the public relations work. “When they say they do not know it is probably because that person doesn’t have the authority to make financial decisions. Realistically, every company has budget limits somewhere,” reports David Landis from his experience.

If the prospect keeps on being vague with his answers David just presents numbers, asking “What would you NOT be able to spend on a PR campaign? $20,000, $50,000 or $100,000 USD?” If the prospect still won’t specify a budget (or parameters), Landis lets them know that they are probably not a good fit for the agency. “If they can’t name a budget, they either have too little budget, or just want to pick up ideas without paying for them,” says Landis.

Landis’ experience goes one step further. The LCI team received a specified budget and then created and presented an individualized plan for a prospective client. Afterwards, the prospect said, ‘Sorry, but the budget could not be approved internally.’ Even more frustrating, isn’t it? Lesson learned: also ask the question of whether or not the budget has been approved within the company.

Finally, let’s come back to the High Noon shoot-out. It’s absolutely necessary that a potential client does shoot first by presenting the company’s briefing including a specific budget. Then we are able to shoot back with adequate ammunition to become very good business friends at the end of a High Noon day.