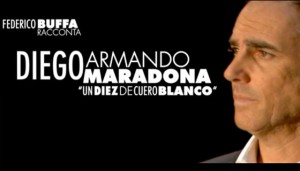 In recent times, we have heard a lot about “Storytelling”, the art of using stories to communicate and connect with target audiences. Born as a purely journalistic narrative method, this set of techniques and specific skills has evolved to establish itself as a real discipline.

However, there is still a lot of confusion around the definition of storytelling that, just to clarify, does not consist in communicating the chronological history of a brand or product. Storytelling aims at creating a narrative universe around them while generating value that can be identity-making, social or economic.

Storytelling can be used in different contexts, but sport is an area that offers many application opportunities. Just think of Federico Buffa, the star sportswriter of the Sky format “Federico Buffa racconta…” in which a sporting event, or the life of a certain athlete, are presented with paced narrative style.

The main characters are humanized and the main story becomes a common thread that helps the narrative line, but that is not its focus. For example, speaking of “the World Cup Mexico 1970” the narrator can go back as far as Montezuma (the last Aztec emperor) without losing the viewer’s attention. Sport is the perfect glue to bond history, music, literature, and more generally the life of men.

Federico Buffa has made “Storytelling” popular in Italy, but he was not the only one to use this style of narration. Simone Moro, Emilio Previtali and Herve Barmasse (respectively climber and free riders, athletes of the The North Face team) wrote numerous books, also using spectacular pictures that make the text more accessible and exciting.

The “Storytelling” has become famous in the field of journalism, but in the communication filed and in the world of PR has evolved into something more complex that you can identify as Corporate Storytelling.

One of the most effective examples of the power of “Corporate Storytelling” is the campaign created to promote the fourth season of House of Cards. The popular TV series produced by Netflix tells the adventures of Francis J. Underwood and his race for the US presidency. 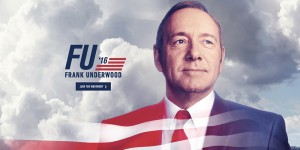 es is the spearhead for Netflix and the US Company wanted to create a campaign specifically aimed at increasing the hype for the fourth season.

In fact, a real political campaign – with billboards and committees in favor of Underwood scattered across America – has been organized. Emblematic ww.fu2016.com the website that has nothing to envy to those of candidates Clinton, Trump and Sanders.

Netflix has created a real universe on social and traditional media around Frank Underwood, and to seal the whole thing, they organized a press conference at the Smithsonian in New York City: in the famous museum, it was displayed the collection of portraits of all US presidents and, between Washington, Kennedy and Roosevelt, there was a portrait of Francis J. Underwood.

In the United States this practice has already been used in different contexts. In Italy, we are just starting out but it is only a matter of time. The way forward has been mapped out!

*** This article has been originally published on Sound Public Relations blog