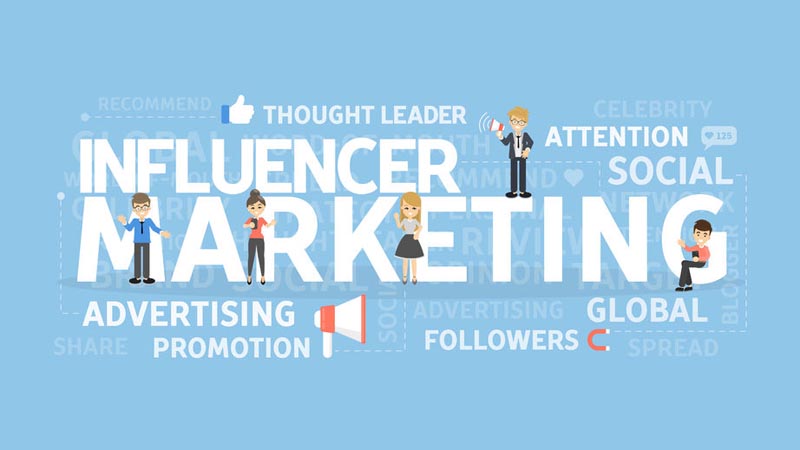 Social media influencers are not a new thing by any means. With the growth of platforms like Instagram and Snapchat, the term blogger has almost become a thing of the past. Why have a WordPress account that needs to be updated constantly with full length, long form posts when you can influence the masses with a simple photo and caption or tweet?

And how about that celebrity spokesperson or endorser. They also seem to be history now that consumers are savvier to the world of traditional advertisements. Consumers want a more authentic voice delivering them brand information, product details, etc.

Hence the rise of the social media influencer.

These influencers are now an indispensable part of successful PR, social media and marketing campaigns for companies. Everything from a larger, nationally-recognized brand to a one location store in a growing city like Nashville are looking at influencers to help build awareness for their brand, product and overall mission. Given this growth, we as PR professionals need to understand how these influencers work and how to best engage with them more than ever.

Top influencers with huge followings, such as celebrities and big-name bloggers, can charge hundreds or thousands per post and many brands are willing to spend the money to reach their audience. But is this effective? To spend thousands of dollars on a single Instagram post? Bigger might not always be better.

So according to these findings, and other recent research done by branding and marketing firms over the past couple of years, an influencer with a smaller but more loyal following might be the way to go for marketers looking to reach their target audience. An individual with a following of around 1,000 to 10,000 hold a lot of power in today’s digital world. And we call them “micro-influencers.”

Why do micro-influencers work? Well for starters, their followers view them as a trusted friend making an authentic recommendation rather than a company pushing a product. And while your content might be seen by more people if you work with a big-name influencer with millions of followers, you might not be reaching the right people for your brand. Targeting micro-influencers specific to your industry or niche is more likely to be seen by your ideal consumer. For instance, followers of influencers who post about a niche topic, like gardening, care about the way their spring yard looks, even if the influencers aren’t a household name.

Still not sold? Here are a few specific reasons why micro-influencers matter more than ever:

– Micro-influencers deliver more engagement – Because micro-influencers are personally invested in their crafts, they are trusted sources of recommendations for their followers. Additionally, according to a recent study from Experticity, micro-influencers have 22.2X more conversations than typical Instagram users. Again, this is largely because they’re passionate and knowledgeable about their particular area of interest.

– Micro-influencers have a more targeted audience – If a sneaker brand like Adidas partnered with a celebrity with millions of followers on Instagram, the celebrity could reach their huge following but a large portion of them might not be interested in sneakers. Instead, if that brand connected with 100 bloggers specifically focused on sneakers and the street wear industry with 1,000 followers each, it would be able to connect to a smaller but far more engaged audience. Conversions may be good with a mega-celebrity social media influencer, but they could be even better with micro-influencers given their small, targeted audience.

Keeping all this in mind, next time you are thinking about the best “spokesperson” to educate your audience on your brand or product, consider a micro-influencer. That might just be the missing piece to your marketing campaign.

2 thoughts on “The Rise of the Micro-Influencer: Why Less Really Might Be More”