Over the last year, many companies have asked themselves: are we doing enough to address social justice issues that affect our customers and employees? And is it wise for brands to publicly take a stance on such issues? Leaders are understandably hesitant to step out of their comfort zone and court any kind of controversy.

A recent research article in the Public Relations Journal sheds some light on the increasing value of companies speaking out. The authors point to evidence showing that, “when an individual is exposed to a corporate stance on a controversial social-political issue, it may influence their voting behavior by raising awareness or by changing their attitudes and behaviors.”

In fact, nearly three quarters of consumers want brands to take a stand on issues that are important to them. An in-depth survey from Edelman finds that, in order to build trust among customers, companies now bear a “responsibility to improve society.” 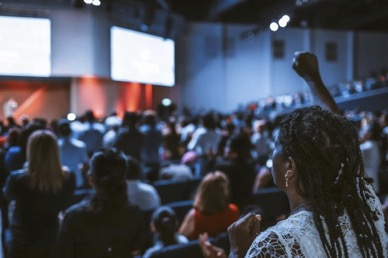 What can this look like? After the murder of George Floyd, Nike was one of the first corporations to produce a purpose-driven advertisement, drawing attention to the impact of systemic racism in America and asking consumers not to ignore this injustice. People responded positively to the ad, with a clear majority of a key audience group noting the power of the ad’s message.

One reason that Nike’s message was well received—despite minor pushback—is because the company had long engaged consumers about social justice issues with its support of female athletes, Muslim athletes, and activist athletes like Colin Kaepernick. The advertisement was not a one-off, but rather a continuation of a conversation the company had already started years ago. Expect to see more and more brands following in Nike’s footsteps. What’s critical is doing so in a way that is authentic to your company and its culture.

Find your own way to connect to a cause

The actions that your company takes—or chooses not to take—may help define you in the years to come. Consider what social justice issues are aligned with your brand’s mission, and how your company is uniquely positioned to address them.

For example, I head a communications agency, and a core part of our business is helping organizations share their stories. To connect to the causes we care about, we leaned into this identity. We had the simple idea to bring together local social changemakers and get them talking. Our hope was that they could swap their own stories, as well as actionable ideas to make our region a better place.

So we started hosting a quarterly dinner series we call The Portland Ten for people making a difference in our community. Importantly, we foot the bill—the only expectation we hold for our guests is that they listen deeply to those around them. Over the years, these intimate dinners have brought together nearly 200 social changemakers. Our eclectic guest lists include activists, politicians, artists, nonprofit and philanthropic leaders, and entrepreneurs (including one winemaker). We’ve seen firsthand how these events inspire new connections and partnerships between attendees.

If you are steering a brand or company, it’s crucial to ask yourself how you could reach out to your own community. Do you have key customers or employees who are connected to social justice movements? Is your company engaging with local nonprofits and social changemakers in ways that are truly tangible? Closely examining these relationships is necessary to ensure your efforts and your messaging are rooted in authenticity.

Words are useful—but be sure to walk the walk

Whether it be speaking out, offering pro bono services, leveraging influence, hosting events, donating products, etc., there is a rich assortment of actions companies can take to support social justice movements. However, monetary support is also important.

Nike paired its social justice messaging with a significant long-term investment of $140 million (in conjunction with Michael Jordan) towards Black communities. This investment is targeted at cities that have strong connections to its brands, and includes partnerships with initiatives such as NAACP Empowerment Programs and Black Girls Code.

On a much smaller scale, my communications firm continues to maintain long-lasting relationships with many of the changemakers/organizations that we’ve hosted—with the goal of amplifying their messages—and we provide financial support to some, including the Black Resilience Fund.  We’ve also become a Certified B Corporation. This ensures that the social and environmental values we espouse are ingrained in our culture, and that we are held accountable to these values.

Nike says it uses two questions to guide its investments in social justice:

“How do we want to show up? And not just in this moment, but over time?”

I urge you to consider how your company wants to show up, and to think in the long-term. As my community recovers from the COVID-19 pandemic, I’m excited to sit down to dinner with a room full of changemakers once again, and hear what they have to say. 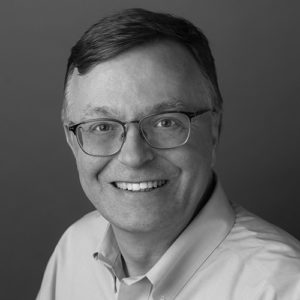 Mac Prichard
Founder & President, Prichard Communications
Mac provides strategic counsel to clients and leads crisis communications, government relations and business development work. He regularly speaks to groups across the country about the importance of social change communications. Previously, he served as the communications director for Reclaiming Futures, an initiative of the Robert Wood Johnson Foundation. He was also a spokesman for three state agencies in Oregon—the Employment Department, Department of Transportation and Department of Human Services—as well as the Massachusetts Office for Refugees and Immigrants and Boston’s Big Dig. In addition, Mac served as a speechwriter to former Governor John Kitzhaber, and managed City Hall communications for then-City Councilor Earl Blumenauer. Mac serves on the board of the Nonprofit Association of Oregon. Previously, he served on the board for the City Club of Portland and the Bus Project. He holds a master’s degree in public administration from the John F. Kennedy School of Government at Harvard University and a bachelor’s degree in political science from the University of Iowa.
All posts by Mac Prichard
Prichard Communications
PRGN profile page | Website
« Previous Post
Next Post »