No matter how hard they try to avoid it, companies often need to deal with disastrous situations – *it happens. But what makes them an actual PR disaster is not necessarily the mere existence of a crisis but rather the way the crisis is being dealt with. There are numerous instances in which companies dealt poorly with a situation – even the lack of a meaningful excuse can end up as a disaster. Just like in every-day-life, in the PR world a simple excuse can go a long way. And if an excuse doesn’t help, a company needs a good explanation for whatever happened. Here is our pick of five PR disasters that we can learn from, or that we simply found entertaining:

1. Volkswagen’s troubles with telling the truth

To start this list off, we are going to look at a major disaster originated in Germany but made its way around the globe: The VW diesel crisis or dieselgate. If you are looking for a complete summary of what happened, there are many different places to look. We are going to break it down for you:

In 2014 American researchers found that certain cars of the German brand Volkswagen were emitting significantly more nitrogen-oxide than they were allowed to. At least if their emissions were tested on the road. If the cars were put to the test in a workshop the values were just as they were supposed to be. The technology used to perform this “trick” was also found in the Volkswagen brand Audi and also in products of other German car conglomerates. The discovery made waves and VW CEO Martin Winterkorn stepped down, even though he proclaimed not to know about the sabotage. Other VW executives followed suit and along with the company’s reputation the stock plummeted more than 40% to below €100.

In reaction, VW agreed to pay about $4.3 billion to make up for the damage. The total damage that was caused due to manipulations is estimated to be at least $39 billion in Europe and the USA, also counting the harm caused in the environment and people’s health. Even though there is a huge discrepancy in these numbers, VW’s crisis-handling was in a way, really clever. They didn’t communicate very much about the scandal and surely didn’t offer compensation. The effect was that many people missed the deadline to sue the company and therefore VW got away quite easily. Even though they took all kinds of bad publicity, they were actually held responsible for the manipulations.

But did Volkswagen change their behavior? Presumably they stopped using manipulative software and hardware in their automobiles and they seem to focus much more on electromobility. Their brand however, recovered surprisingly well from the crisis. In 2018 their sales reached a record high, so one could argue that dieselgate was somehow a benefit for the company.

2. How United Airlines dealt with an overbooked flight

Flying – the most comfortable way to travel. You make your way into the airplane, take your seat and position the complementary pillow precisely in the way you need it to take a nap. And then someone grabs your arms to pull you all the way through the aisle out of the plane because the flight was overbooked.

Something like this happened to a United Airlines guest in March of 2017. After the airline-employees found the flight to be overbooked, they searched for a passenger to “re-accommodate”. Overbooking is a common strategy of airlines to ensure that every last seat on an airline is taken to maximize profit. For this particular flight, employees of another airline needed transportation and therefore regular guests had to give up their seats. Obviously, the UA-employees did not simply pick a person to brutally drag out of the airliner. A doctor from Kentucky was randomly selected by a computer program that compares passengers according to the fare they paid, whether they need to reach connecting flights and other variables. At first the selected passenger agreed to take another flight but then refused when he found out that the next possible flight would not leave until the next day. After a long discussion the airline employees called for airport security forces, who ended up literally pulling the doctor out of the airplane. This action was posted on social media and caused a lot of bad publicity.

United Airlines CEO Oscar Munoz reacted on twitter by justifying the measures taken to re-accommodate the customers. This response was far from enough to cope for the damage that was done. The video of the “re-accommodation” went especially viral in China, which is an important growth-market for the airline. It then took another couple of days for Munoz to attempt a real apology where he called the event “truly horrific”. For United, what might have started as a difficult situation, became an actual disaster due to bad crisis-handling.

3. Nestlé’s reaction to the 2010 Greenpeace campaign

Remember the Kitkat fake-ad, in which instead of the chocolate bars you would expect, there are bloody orangutan fingers in the wrapping? If not, you can revive your memory here (Link: https://www.youtube.com/watch?v=1BCA8dQfGi0). This was a cleverly thought out campaign by the activist group Greenpeace to force Nestlé to stop buying palm oil from companies that destroy massive areas of rain forest. Palm oil is needed to produce, among numerous other food products, Nestlé’s Kitkat, and deriving oil from the plants creates a threat to rainforest flora and fauna, especially orangutans.

The ad was first published on YouTube in 2010 and quickly taken off the platform due to Nestlé’s claims of copyright infringements. This attempt to censor the video might have been the exact reason why Greenpeace’s campaign got so viral – people on social media were furious.

After two months of protests and numerous attempts to duck away from the claims, Nestlé finally agreed to stop collaborating with common palm oil companies and start working with NGOs to find ways to produce their goods in a sustainable and environmentally-friendly way.

U.S. clothing brand Abercrombie & Fitch also received a lot of unwanted attention a while ago. A statement by CEO Mike Jeffries in an interview back in 2006 saying that the brand’s goal was to supply only the “cool and popular kids” gained attention in 2013. For many, this came as an explanation for the small sizes of the clothes available. By keeping the clothes’ sizes small, the brand would stay more exclusive for people that “fit in it”. Publicly admitting this strategy cost the brand many customers and set the CEO in an unfortunate position. If the state of Abercrombie & Fitch wasn’t all that good earlier due to decreasing sales, Jeffries’ excuse for what he had said in 2006 surely didn’t help: “I sincerely regret that my choice of words was interpreted in a manner that has caused offense”. This may easily be one of the worst excuses in PR history and Jeffries stepped down as CEO soon after.

The last in the row of situations that I’d like to highlight has a special meaning to me, as it happened in German politics. CDU, the conservative party of chancellor Angela Merkel, was criticized in a 2019 YouTube video. The party was blamed for many things, but especially for lacking focus on environmental protection and flawed knowledge of the internet. The video that was created by the twenty-six-year-old influencer Rezo is called “the destruction of the CDU” and attracted tremendous attention with almost 15 million views on YouTube. CDU first announced to react to the video with what would probably make the most sense – another video. The party’s video was supposed to feature Philipp Amthor, also twenty-six and the youngest CDU MP. Apparently, Amthor’s video was not a worthy reply to Rezo’s 55 minute “destruction of the CDU” piece and leaders of the party decided not to publish it. Instead, they opted for an 11-page written text as PDF that they published on their own website and thereby chose the old-school way to communicate with the people. This example shows, once again that in 2019, the internet is still uncharted territory for the CDU. Shortly after that came the elections for the European Parliament that did not go excessively well for the party. CDU’s popularity with younger voters was especially low. Possibly better PR and crisis-handling would have helped to avert this election setback. We assume there are many “CDUs” around the globe. You better learn from their mistakes. 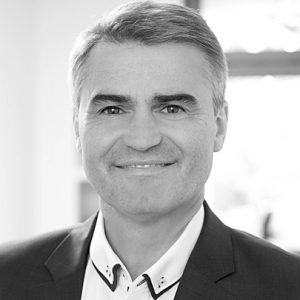 Uwe Schmidt
CEO and partner, Industrie-Contact AG
Uwe Schmidt started at Industrie-Contact AG (IC AG) as trainee in 1989. Just a few years later he became CEO and partner. In the 1990s he took care of the German business and in the early 2000s he established the international network of the agency. In 2002 IC joined the Public Relations Global Network (PRGN) where Uwe helped extend the European network. Uwe was the president of PRGN in 2014/2015. He sees the future of PR closely with other marketing disciplines against the background of sales interests of the clients. Besides his activities for Industrie-Contact, Uwe is chairman of the Kinderhilfswerk Dritte Welt e.V. (children charity organization) which implements aid projects in eight countries.
All posts by Uwe Schmidt
Industrie-Contact AG
PRGN profile page | Website
« Previous Post
Next Post »