A traditional communication tool ended up in the shadows, thanks to the advent of social media, but newsletters are back and are on the rise again.

Newsletters are now seen as the most suitable strategy for effective communication with consumers, especially in times of lockdown, according to the Talkwalker and Hubspot report on Social Media Trends of 2021.

A renewed interest is also shown by the recent success of Substack, a platform launched in 2018 that offers the possibility of creating newsletters funded by readers, and which reached 250,000 subscribers at the end of September 2020. A considerable figure which has turned the spotlight on the revival of newsletters. Let’s find out why they work and why they still represent a valid business communication tool.

Interest in newsletters is back: that’s why they work

The trend started in the United States, where data shows that the use of newsletters increased by 14% in the last year alone.

Apparently, at a time when the infodemic has conquered all possible digital spaces, the opportunity to find information of interest in a more collected and well-defined dimension, like that of the newsletter, has been able to awaken the attention of users and push them to take an interest again in a communication tool that has been considered for years as “classic” and often “outdated” in terms of visibility, engagement and conversion rates.

Compared to the constant updating of social feeds, the newsletter is a tool that allows you to take time to focus on a specific topic, from the latest news to current trends, up to the presentation of a product or service. This is a communication tool that puts the in-depth analysis and quality of content in the first place in a more “intimate” and direct relationship with its target audience.

Why newsletters are still a valid communication tool for business?

Users reward brands capable of offering reliable, authentic and recognizable communication. Compared to a post on social media that has a short duration and often requires retargeting actions before leading to the desired outcome, an effective newsletter is able to consolidate the relationship with the user and build over time a target audience that is often more loyal and attentive.

The newsletter is also an autonomous and fully customizable tool based on the tone of voice and business needs and therefore not susceptible to dynamics and trends dictated by external platforms such as social media.

The success of newsletters, as well as their comeback in recent times, also comes from the fact that this tool integrates perfectly with other communication channels and with the various touchpoints of the marketing mix. Other aspects highly appreciated by marketers are also the measurability and the ability to better orient the communication approach by focusing, numbers in hand, on the issues that have registered the greatest interest from the public.

And social networks don’t stand by: Facebook and Twitter are ready to bet on the newsletter trend

The renewed interest in newsletters did not go unnoticed in Menlo Park either. The Facebook team has just announced Bulletin, the newsletter subscription platform aimed at journalists and writers with the aim of helping them build their personal branding.

A topic on which the spotlight was also turned on by the management of Twitter, which at the beginning of 2021 announced the purchase of Revue, a platform designed for the creation and publication of newsletters. Expect buttons prompting to subscribe to the Revue newsletters to arrive shortly on popular authors’ Twitter profiles. This move also underlines the clear objective to satisfy demands of the moment by offering a competitive service to expand target audience through the social network.

It seems a return to the “old school marketing” mentioned in the Talkwalker and Hubspot Social Media Trends report is being confirmed by most recent events.

This blog post is an updated version of the blog post that originally appeared in Italian in Sound Public Relations’ blog series here. 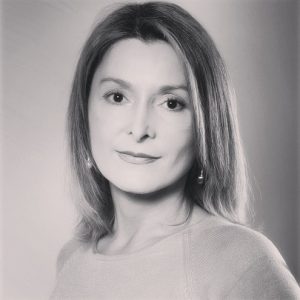 Alessandra Malvermi
Co-Founder and Managing Partner, Sound Public Relations
A public relations, brand management, digital strategies, social media, content marketing and crisis communications expert, Alessandra is strongly passionate about innovation and new trends and has a lively talent for international relations. Besides being Vice President of Global Women in PR for Italy, she has been a jury member of the IMC European Awards and Chair of the PRGN Membership Committee. Among her interests are skiing, trekking, music, arts, books and more.
All posts by Alessandra Malvermi
Sound Public Relations
PRGN profile page | Website
« Previous Post