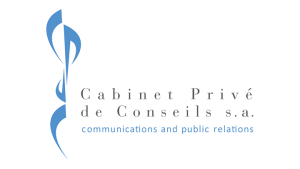 Founded in 2002 in Geneva, Cabinet Privé de Conseils (CPC) has extensive expertise in helping private companies, non-profit associations and international institutions achieve their communications objectives and discover solutions to complex problems. Through our relationships with local and international media, we work to favorably position our clients in the eyes of government leaders and civil society.

Our philosophy is firmly grounded in the principles of dedication, transparency and integrity. We keep a low profile, choosing to place the image and visibility of our clients ahead of our own. We thrive in challenging environments and work hand in hand with our clients, serving as extensions of their team.

With these objectives in mind, CPC has built a long track-record of producing solid results and is proud to boast a reputable client list of some of the world’s most recognizable brands including Procter & Gamble, Expedia, Eli Lilly, Group J. Safra, easyJet, Uber, Caran d’Ache, Coty, Firmenich, McDonald’s, Nestlé Waters, the Champagne region of France and many others. 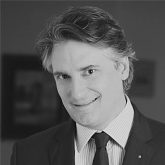 Philippe Eberhard  is the founder and CEO of Cabinet Privé de Conseils S.A. After studying political science, he launched his career with Jelmoli department stores. He worked in Switzerland for several years (Locarno, Geneva and Zurich) and then spent a couple of months as an intern in New York, working at Bloomingdale’s, Young & Rubicam and Burson-Marsteller.

Philippe is particularly familiar with the Swiss market, having had strategic and operational responsibilities for corporate management, departmental management and consulting. He developed his multi-disciplinary skills in marketing, sales and management in the distribution sector and his communications consulting skills primarily at Trimedia in the mid-90s.

Among other consulting mandates Philippe Eberhard is Founder and Partner of Geneva Intelligence as well as Administrator of Optimiso Group. He is also a member of the Foundation Board of the Ronald McDonald House Charities Geneva.

Philippe Eberhard is involved in various community and professional organisations. He is a member of the Société Suisse de Public Affairs, Société Romande de Relations Publiques, the Club Suisse de la Presse, the Union Suisse des Attachés de Presse and the Rotary Club. He is also a member of the Board of the Association of PR Agencies in Switzerland (BPRA). Furthermore, he actively supports an orphanage in Kathmandu (www.ashah.ch).

Philippe Eberhard is married and the father of two sons. 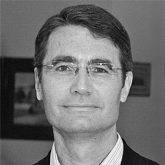 Nick joined CPC in July 2011. He has worked in Switzerland since 1998, at a senior level in corporate communications and investor relations with Serono and Speedel, both leading biopharmaceutical companies. He also established the first Swiss office of Bell Pottinger, the UK’s leading public relations agency.

Previously based in London with Gavin Anderson & Co, he advised companies in sectors such as nuclear energy, banking and satellite communications. Nick has broad international experience with both large publicly traded companies and small private enterprises in their regular communications programs as well as capital markets transactions, crisis management, and mergers & acquisitions. His first career was in international banking with HSBC, working across Asia, the Middle East and the United States.