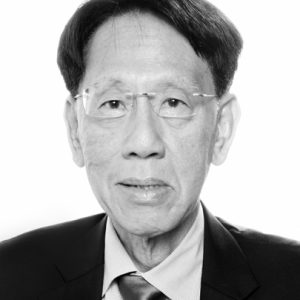 Boh Tiong Yap
Managing Director, Mileage Communications
Before starting Mileage Communications Pte Ltd, Boh Tiong Yap worked with a number of leading Singapore companies in senior public relations and marketing positions. These included The Straits Times (Journalist), Singapore Airlines (Marketing Executive and Public Relations Officer), United Overseas Bank (Vice President and Head of the Public Relations and Advertising Department) and Inchcape Berhad (Group Corporate Affairs Manager). He has a Masters Degree in Social Science (Sociology) from the University of Singapore (now known as the National University of Singapore) and also holds a Diploma in Public Relations from the internationally regarded CAM Foundation in London. He was the President of the Institute of Public Relations of Singapore (IPRS) from 1985 to 1993. For his outstanding work for the Institute and the industry, he was conferred the title of Fellow by IPRS in 1994. In February 2000, he was named PR professional of the Year by the Institute in recognition of his contributions to the PR industry. In 2010, he was one of the honorees of the Spirit of Enterprise Awards. Boh Tiong received an award as an Established Entrepreneur of the Year 2014 by the Association of Small & Medium Enterprises and Rotary Club of Singapore.
All posts by Boh Tiong Yap
Mileage Communications
PRGN profile page | Website
« Previous Post