Overview
Novitas Communications is public relations agency providing award-winning solutions and execution while instilling excellence and integrity into everything we do. We have built a reputation since our founding of doing right by our clients and we believe that integrity should be the cornerstone of every business or organization. Our clients trust us with sensitive and confidential information, and we take our roles as stewards of their reputation seriously.

The shifting landscape of strategic communications means businesses need a partner that is laser-focused on delivering the right message, in the right format, at the right time. The melting pot of social, digital, and legacy media has transformed today’s communications environment. Novitas understands the nuance of this complex landscape and can not only navigate these changes, but deliver a precise, uniform, and forward-thinking communications strategy for our clients.

The client experience at Novitas is second-to-none because everything we do is anchored to our clients’ agenda, not ours. Whether it’s a no-notice call for a pressing media engagement or a long-term strategic plan to enhance brand awareness, our clients’ priorities are our priorities, and we deliver.

Our firm has been tapped to help clients through some of the highest-profile issues in the media today. We started our firm working in the banking industry during the financial crisis and, today, we’re still in the thick of it. We’ve worked on efforts to restore power to Puerto Rico in the aftermath of Hurricane Maria, managed crisis communications for a client in the midst of the Florida International University Bridge collapse, and orchestrated issue campaigns on our country’s most polarizing topics.

In addition, we empower every member of our team to bring innovation, passion, and best practices to our work each and every day. As business leaders and entrepreneurs ourselves, we see the world through our clients’ lens. Entrepreneurship is fostered at Novitas because it leads to innovative solutions and the highest quality of work.

We take seriously our role as stewards of your hard-won reputation and love making you look great. We have a strong corporate culture that inspires great work. We know that when our employees are doing what they love, it translates into great results. 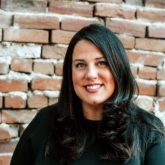 As the founder and CEO of Novitas Communications, Ms. Lyng advises a wide range of clients from Fortune 100 companies experiencing significant change to start-up grassroots political organizations on proactive and reactive media. She has helped implement organization-wide communications strategies to uphold a reputation when financial and/or regulatory stakes were highest.

Past media coverage for her clients includes the Wall Street Journal, the New York Times, Reuters, USAToday, Washington Post, CNBC, CNN, MSNBC, FOX News, among many other national and local media outlets. The Denver Post named her one of Colorado’s “Up and Coming Most Influential Women” and RedState.com dubbed her a “strategic communications expert”.

In the political sphere, Ms. Lyng is known in Colorado for her work defeating Amendment 66, also known as the “billion dollar tax increase”. The ballot initiative was defeated by a nearly two-to-one margin.

She also skillfully managed the Mike Fallon for Congress campaign – the most serious challenge to Democratic incumbent Diana DeGette in recent years. The 2010 effort garnered the most votes received by a conservative candidate in an off-year election, secured positive media coverage in top regional outlets, reached out to nearly 150,000 voters, distributed nearly 4,000 yard signs, and raised the most money by a conservative in the history of the Congressional District. She began her political career in Congressman Tom Tancredo’s district office.

As an expert in strategic communications, Ms. Lyng has authored several internal publications for her clients and employers, including: “Wikipedia Warfare: A Guide to Winning on Wikipedia”, “War Room Best Practices”, and APCO’s first-ever “Guide to Media Relations”.

Ms. Lyng has served her community as a precinct committee person, a Vice-Chairman, and a Chairman Pro Temps for the Denver Republican Party. She also has served on the boards of The Lincoln Club of Colorado, The First Tee of Colorado, and as the Philanthropy Chair of the Denver Kappa Kappa Gamma Alumni Association. Ms. Lyng is also a member of the University Club of Denver.

Ms. Lyng earned a Bachelors of Arts in Business from Illinois Wesleyan University. 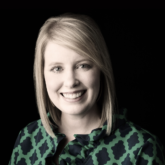 Krista was part of the PR team that worked on communications, positioning, earned media and media relations for the first cannabis tech company to go public on Nasdaq in 2019. In addition, she has worked with the media internationally including top-tier media outlets in the U.S. such as the Los Angeles Times, New York Times, USA Today, Bloomberg, Reuters, Cheddar, and many other national and local media outlets.

From an operations standpoint, she has helped organizations structure marketing business operations to ensure marketing and communications processes and procedures are in place and run like clockwork. As an advocate for employees, she works with teams to ensure optimal outcomes for personal development and for clients.

Krista has a Bachelors in Science from Oklahoma State University.