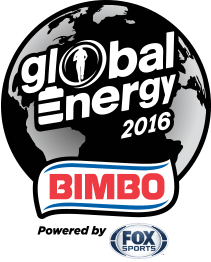 Buchanan Public Relations was responsible for handling all U.S. PR for the Global Energy Race, an initiative of Grupo Bimbo, the parent company of Buchanan PR’s client, Bimbo Bakeries USA – the largest bakery in the U.S. This 10K and family-friendly 3K race, held in 37 cities in 22 countries around the world on the same day was set to break a GUINNESS WORLD RECORDS®. The race benefited local foodbanks, donating two slices of bread for each kilometer run or walked by participants in that city (ultimately one loaf of bread for every 10K completed). An added angle to the race was that the male and female winners in each city received an all-expenses-paid trip to the race location of their choice in 2018.

The project had three main objectives: to help increase registration in each city; promote each of the race’s main features – the attempt to break a GUINNESS WORLD RECORDS®, the donations to the area foodbanks, and the trip for the winners; and be on-site at each race to help manage media and take photos to post on the recently created Bimbo Bakeries USA Facebook page.

Taking place in four cities in the U.S., – Long Beach, CA, Orlando, FL, Philadelphia, PA and Phoenix, AZ – Buchanan PR enlisted the help of three partner agencies in those areas to be the boots-on-the-ground support in each city. Buchanan PR was responsible for creating all media documents with each partner agency – HMA Public Relations in Phoenix, The Conroy Martinez Group in Orlando and VPE Public Relations in Long Beach (it was extremely important to the client that there be a Spanish agency representing them in this market) – working to garner media coverage in their respective cities.

We created a pre-race video to excite potential runners on the Facebook page, a calendar of events listing to put in at least 50 calendars of events in each location, a news release to highlight all of the activities surrounding the race and media alerts inviting reporters to attend the race with a goal of more than 12 million media impressions. We also reached out to elite runners in each city to offer them the opportunity to participate. Each market handled the process differently. Phoenix worked with the client on tabling events at local colleges and Orlando held a pre-race conditioning workout with a news station a few days before the race.

By all accounts, the project was a success, raising the profile of the race in the U.S. and setting it up with a solid reputation to attract more runners in more cities in 2017.