As companies embrace public relations as a means of positively influencing a brand’s perception by managing communications with the media and influencers and the public, it’s important to continually review the tools that have proven to be most effective in consumer public relations. The benefits are clear and include boosting top-of-mind consumer awareness, building credibility, earning valuable backlinks, engaging with your audiences in a meaningful manner, and supporting consumer investigation into your brand to drive sales.

Too often this is overlooked but is the most important first step in developing a strategy and executing a plan that will generate results by engaging with our target audience. It’s critical to understand our audience, determining what’s important to them, and how to reach them most effectively. You can use the consumer research but also spend time to challenge assumptions and commonly help perceptions to truly understand the audiences to be targeted. Do a deep dive before developing your plan. Lastly, often there are multiple audiences and messaging will vary among audiences. There’s rarely a one size fits all message, so customized positioning and messaging is essential to the success of a consumer public relations campaign.

Once there’s a clear understanding and agreement on targeted audiences, the next step is to develop a customized list of media and influencer targets. Sure, most use media and influencer databases to capture these targets but go one step further and review media coverage from competitive brands to understand who they consider targets as part of their outreach. It’s basic, but important.

Additionally, conduct a media and influencer audit to determine the outlets that have written about competitors or topics that are of interest and relevant to our outreach. Through an initial audit you will undercover press and influencers who have shown an interest in topics important to a client, while also discovering how competitors have been covered and how they have messaged in these articles and reviews. Again, basic, yet still important.

3. A Strategic Plan That Aligns With Goals

Historically, public relations campaigns have been about tactics. And yes, the successful execution of tactics is a mainstay of all consumer media and influencer programs. However, make sure you’ve developed a communications strategy that supports both business and communications goals. In many instances, for example, brands are looking for communications that will not only build brand awareness, but support consumer traffic and sales to their e-commerce site or online retailer. Understand what tactics can be most effective in stimulating consumer investigation as a means of driving traffic, and ultimately sales. Also take into consideration the latest communications vehicles to allow for effective communications with consumer audiences as a means of building frequency and reach for your brand.

4. News to Promote Your Brand

One of the best tactics to drive awareness is using news from your brand to generate articles, broadcast segments, and reviews. Typically, many embrace the use of a press release to distribute news and garner editorial news coverage. And yes, this is still very much a relevant and effective tool. However, depending on the news to be announced consider offering said announcement as an exclusive to a top-tier media outlet as a means of establishing feature news coverage in an outlet that will garner significant awareness, credibility, and consumer action. Once that is secured and appears, you can then distribute the news release broadly, both through customized e-mail outreach to journalists as well as through the national newswire. Using news announcements keep your brand front and center with consumers.

This is a tactic that is a mainstay of any consumer public relations campaign. This involves active, daily monitoring of news and industry developments to spot opportunities to put your brand at the center of conversations that are of strategic importance. It allows one to identify an announcement, breaking news, research, and such to react by providing expert commentary on behalf of said brand, establishing favorable news coverage and building expertise, authority, and trust with consumers. The key to success with this tactic is to have identified your brand spokesperson and relevant topics and once an opportunity is presented to act quickly.

A linkable asset is content that journalists and online influencers tend to refer to as part of their news coverage and reviews. It also easily earns backlinks which are important as part of the overall marketing and communications campaign. This content can vary but is generally data studies, research papers/findings/reports, consumer surveys, infographics, compelling videos – basically anything that relates to your audience. Importantly start by finding journalists and influencers who cover topics related to your linkable asset and pitch it out through a compelling media pitch that is timely, relevant, and again connects with the content these writers and bloggers regularly cover. This is a consistent tactic and one in which brands can continually use to create content that can translate into news coverage and blogger reviews.

A central aspect of every consumer public relations campaign should be the opportunity to leverage seasonal opportunities to generate awareness through editorial news coverage and influencer reviews. Media and influencers are most interested in generating stories that are of topical interest to consumers based on time of year. For example, seasonal trends and opportunities include, but are not limited to, back-to-school, summer travel, Q4 holiday gift giving. Additionally, positioning products that are ideal gifts for Mother’s Day, Father’s Day, Graduation, provide a superb opportunity to build awareness for your brand. These seasonal opportunities should be customized based on audience and sales cycles but remain a critical means to build awareness through news coverage and product reviews.

There is not a consumer brand today that isn’t working with online influencers (across multiple social platforms) as a means of communicating and engaging with consumers. The growing influence and reach of these influencers continue to offer brands a means to communicate with consumers and motivate them to action. Most firms and brands approach this on two fronts, including earned and paid outreach. On the earned front, brands can target influencers with products that are worthwhile and interesting and of interest to those following said influencers. If the price point of the product provides significant value, there are certainly opportunities to generate favorable reviews without paying these influencers. The key is the selection of the right influencers and to focus on quality versus quantity.

Increasingly, brands are recognizing that influencers with a significant following, engagement and influence are requiring payment. This too can be an effective tool and should be considered as an essential part of the consumer marketing and communications campaign and should be factored into the budget.

Establishing brand ambassadors is one of the best approaches to be used as part of influencer marketing. And don’t think of only bloggers or social influencers as a brand ambassador as very often actual consumers – satisfied and loyal customers – make for a great endorser of the brand. A solid brand ambassador is really anyone who has been following the brand and has been supportive. Seek out such individuals, some of which you will find based on feedback from your social channels or even through e-mails. Once vetted to make sure their reputation is solid you can leverage each as on ongoing brand ambassador to spread your brand message in an authentic manner.

Like many, I debated whether to include PR stunts or not. They have been getting quite a bit of negative press in recent years as brands use such stunts purely for shock value and nothing more. Thus, many have backfired on brands, and rightfully so. In addition, Covid-19 has increasingly made stunts and in-person events problematic but some brands, if done properly, have leveraged stunts and guerilla marketing to garner media coverage and consumer attention. Once the pandemic is behind us, I suspect these stunts will increase. Importantly, however, the stunt needs to be clever and creative and must reflect the identity of the brand to make sure it resonates with media and consumers and is viewed as authentic. When done properly, this can be the single most effective tactic in consumer communications.

The tools listed here should surely be considered as integral tactics as part of a comprehensive consumer public relations campaign but are not the only ones to consider. The plan should be customized based on several factors and additional programs should be considered, including Leveraging Your Social Channels; Targeting Local Television Stations and Outlets for News Coverage; Partnering with Other Like-Minded and Credible Brands; Corporate Sponsorships and Community Events/Involvements.

On a final note, if you have a roster of non-competitive clients in the same space, we’ve found identifying an expert to promote as an on-air spokesperson with local and national television is an effective approach. At Southard Communications, we do significant work in the kids and parenting space and as such we have our own parenting expert/spokesperson who routinely appears on local and national television stations to review products and services tied with seasonal opportunities. It’s worth considering as part of your tactical toolbox. 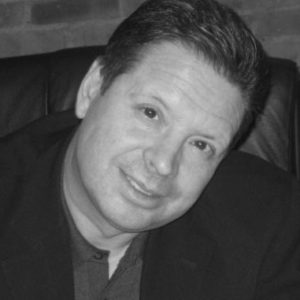