2020 might as well have been “the year of crisis.” Or maybe it was just one big 365-day crisis. It certainly felt like it, as The Castle Group’s crisis communications practice managed more than 100 crises for 57 clients in 19 states and two countries.

As we reflect on 2020, we all spent the better part of nine months and counting making sense of – and living through – a global pandemic, a long overdue national reckoning around racial equity and social justice, and a contentious U.S. presidential election and persistent (daily, if not hourly) attacks on American democracy by a sitting U.S. president. (The latter of which, as of this writing, has led to a horrific assault by a mob of mostly white extremists on the U.S. Capitol, leaving five dead, and served as a painful reminder of how people are treated – or rather mistreated – because of the color of their skin).

Let’s take look back at the three major areas of crisis that defined the year – along with examples of how these issues impacted, and continue to impact, reputation.

Covid-19 quickly upended our world as we know it. From Asia to Europe to the United States to well, everywhere, the virus became a public health crisis unlike anything in the last 100 years. Shutdown, lockdown, quarantine, and isolation became part of our daily lives. While some organizations acted quickly, implementing strict safety measures and mitigation efforts, others did not, failing to take the situation or the protocols seriously – or just flat out refusing to take the necessary steps to protect anything other than their bottom line.

In the midst of the coronavirus pandemic, the brutal murders of George Floyd, Breonna Taylor, Ahmaud Arbery, and Rayshard Brooks, and the sustained violence against Black Americans sparked nationwide protests and brought demands for racial equity to the forefront of the national conversation. Organizations everywhere were forced to finally – and very publicly – look inward, ask questions, and confront cultures and systems that propagated discrimination and historical oppression of Black people and other people of color – and they had to do so in significant and meaningful ways.

U.S. President Donald Trump is one of the most polarizing, narcissistic political figures in history, and his imprint and influence will unfortunately be felt for generations to come. Support and/or affiliation with President Trump and his administration’s relentless promotion of falsehoods and misinformation – particularly during this past election cycle – came at a cost for many leaders and their companies.

If there is any silver lining for companies and individuals that made missteps in 2020, it may be this: people generally have short memories, and most (me included) can’t remember half of what occurred in the last 12 months. But the Internet lives forever. And looking ahead to 2021 and beyond, consumers will be less passive in their purchases – and more passionate about buying from or working with companies that stand for more than just commerce. 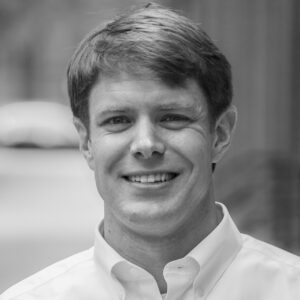 Philip Hauserman
Vice President and Director of Crisis Communications, The Castle Group
Philip Hauserman leads the Atlanta office of The Castle Group. As Director of Crisis Communications, Philip routinely works closely with education, corporate, professional services, healthcare, and non-profit clients to develop and implement strategic public relations programs that deliver timely, consistent, and concise messages to the audiences that matter most. Examples of sensitive and highly charged situations Philip has helped clients manage include discrimination, Title IX, litigation, wrongful termination, workplace violence, sexual assault, data breach, and executive misconduct, among others. He is frequently called upon by industry and professional associations and media to provide expert commentary on crisis communications, and he has led numerous workshops and panel discussions on the subject as well. A native Atlantan, Philip earned his bachelor’s degree in English from Presbyterian College in Clinton, S.C. He and his wife Ashley, a Nurse Practitioner on the Egleston campus of Children’s Healthcare of Atlanta, live in Decatur with their two children. When not working or spending time with family, you’ll find him outdoors, typically swimming, biking, or running.
All posts by Philip Hauserman