For starters, here’s one piece of useful information: the automotive PR industry is now very similar to the technology PR industry. This is because cars have become devices and drivers have become more of a user. Sounds familiar, right?

I used to work for a tire company and now I work for a device producing company – yet it’s the same brand: Continental. A tire still very much comes in the same shape as it has before, but it is increasingly saturated with sensors. Tires are becoming part of the ecosystem commonly called a car or a truck.

I used to work for cars and trucks. Today, the CEO of the automotive company I work for says simply: “We are a technology company.” (It is Volkswagen by the way). And on top of that, the cars they now produce will never have to go to a gas station.

So, if you know how to communicate in the technology industry, you’ll have it easier when you start with communicating with cars or similar devices. You have an advantage. Automotives are heading more towards tech than the other way around. After all, you have a great understanding of what launching a new technology is all about. You know that it’s not just about hardware, but also about software, which is developing faster than ever before, mainly thanks to battery electric vehicles, or BEVs.

The global shift to electric cars should make you feel good about your new PR adventure. After all, electricity is a very important common denominator. Drivers, pardon me, users are noticing this, as well. They treat the electric car as just another important device. It reminds them of a smartphone because it also charges at night.

The most important piece of advice: do your own thing. Just as you did in the technology industry. There are a lot of similarities in the automotive industry now. The annual communications plan is a grid of little solar systems around countless stars entering the market. It used to be that an auto manufacturer would launch a few models during a given year. Now, the schedule of market launches is more like that known in the smartphone market. Dozens of communication opportunities, dozens of versions and types. Lite and Pro versions. There are even cameras, screens with gigantic display sizes and resolutions, hidden speakers and – system updates!

PR is traditionally understood as media relations. Technology and the automotive sector have one thing in common: without product news, your content will not be read, watched or clicked. This means that in the automotive industry, exactly as in tech, organic PR is still at work to some extent. Journalists want this content. Content that simply gets clicks. Of course, automotive editors have to make a living, so it’s not surprising that, exactly like technology editors, they will offer paid projects. OK, not everything will be for free, but you have more chances for a journalist to answer your call, write to you on Messenger, publish your news than in other sectors.

You can easily communicate with your audience through the technology media you know. Cars used to be in their own media, computers on their own. Now every technology media outlet features technologically advanced cars. So again, it’s easier – you’ll be reaching journalists you know or their close colleagues.

If you want to show a new solution in the auto industry, show it at a consumer electronics trade show, for example. Just see how many new and well-known automotive brands showed up at the virtual CES 2021. Previously, it used to be rather shocking. Not a fitting feature. Now it is one of the technologies expected to be seen by event attendees.

So do your own thing. Modern cars are cutting edge technology after all. 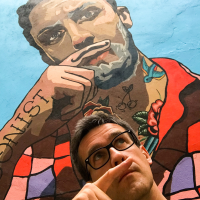 Mariusz Pleban
CEO, OneMulti
Mariusz Pleban is CEO of OneMulti agency. On a daily basis he works with such brands as Volkswagen, Continental and Xiaomi. He is a fan of modern technologies. He is also engaged in the promotion of electromobility. Mariusz is an expert and strategist in the field of PR communication and content marketing. Associated with OneMulti for over 20 years, he has worked for such brands as Huawei, Shell, Michelin, Unilever and many others. Mariusz is also a lecturer at the University of Warsaw.
All posts by Mariusz Pleban