NEW YORK-LONDON – The Public Relations Global Network (PRGN) announced today it has added two new agencies to its global network, raising the number of its offices serving PR clients throughout the world to 54. PRGN is adding two agencies with a total of four new offices to its network in Birmingham, Alabama, as well as Goiás, Rio de Janeiro and São Paulo in Brazil.

PRGN will be represented in Birmingham, Alabama, by Peritus PR, a specialized communications firm dedicated to connecting communities. Peritus is a woman-owned business consistently ranked as a top regional PR firm for strategy-focused campaigns that require a blend of advocacy, reputation management and community relations to navigate challenges, drive results and create impact. Peritus supports issue-based campaigns, statewide policy initiatives, influential nonprofits, ballot initiatives and some of Alabama’s largest employers. Founded in 2014 by Louise Oliver, APR, the firm has supported some of the region’s most influential companies including Alabama Power, Bank of America, University of Alabama at Birmingham, Protective Life, Alabama Tourism and Peco Foods. With remarkably high retention rates since its founding, each member of the Peritus team is dedicated to its continued growth and play a unique role in the firm’s leadership and culture building.

In addition, PRGN is now represented in Goiás, Rio de Janeiro and São Paulo in Brazil by Race Communications, a full-service public relations firm that was recognized as the third fastest growing communications agency in the Americas (without the U.S.) by The Holmes Report (now PRovoke) in 2018 and was a finalist in the LATAM category of PRWeek Global Awards in 2018 and 2019. 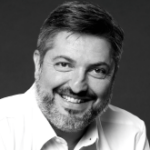 Race Communications represents a number of national clients from Brazil and multinational companies targetingthe Brazilian market in the fields of finance, food and beverages and logistics and transport. The agency was founded in 1999 by Rogerio Artoni, a former journalist who has been named one of the 350 most influential PR professionals in the world by PRWeek. Clients of Race Communications include Allianz Partners, Ajinomoto Food Industry, Atlas Copco, Cetelem Bank, Euler Hermes, DHL, Petronas, Statkraft and Syngenta from outside Brazil and Brazilian companies Prati-Donaduzzi, Norsul, Marilan, Verzani & Sandrini, ANIP – Associação Nacional das Industrias de Pneus, JBS and Dynatest. 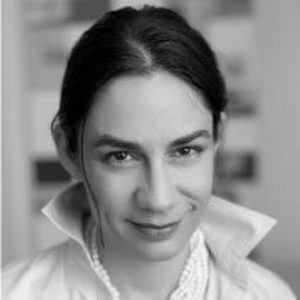 “The network is excited to welcome Peritus PR and Race Communications to the PRGN family of globally-connected communications professionals,” said Alexandra Diniță, President of PRGN and general manager of Free Communication in Bucharest, Romania. “With Peritus PR, PRGN furthers its coverage in the United States where local representation especially in community relations is key. And Race Communications strengthens the network’s presence, especially with three offices in Brazil, the largest economy in South America. Our new members not only extend PRGN’s international coverage, but also add to the global expertise and service capabilities of our network.”

Founded in 1992 by a group of visionary public relations leaders, with approximately 1,000 professionals in 54 locations, PRGN is one of the world’s largest international public relations networks.

Companies or organizations interested in the services of PRGN’s local agency network can visit the Agency Directory or contact PRGN’s executive director Gábor Jelinek at gabor.jelinek@prgn.com for more information.

Independent agencies interested in joining the network can visit the member recruitment section of the PRGN website for more information or email its membership chair, David Wills, Senior Vice President of Media Profile at david.wills@mediaprofile.com