Holidays of The World: A Communicator’s Guide for Cultural Diversity

1. Don’t Assume Every Holiday is Observed the Same Way

Most holidays have evolved over time. For this reason, even the most popular holidays can have numerous variations in the way they are observed around the world. Christmas is a great example. Celebrated by over 2 billion people globally, Christmas is observed across many countries, specifically in North America, Latin America, Australia, and Europe.

The most notable difference is the day that Christmas is celebrated. In the United States, Christmas is most commonly observed on the 25th of December. However, some cultures begin celebrating as early as St. Nicholas Day which traditionally falls on December 6th.  Many Europeans focus much of their celebrations on Christmas Eve (with Midnight Mass). Others stretch the holiday into a “12 days of Christmas” that lasts until January 6th. The modern Armenian church chooses to celebrate the Feast of the Epiphany on January 6th (the day that the Three Kings were believed to have delivered gifts to Christ). Countries in the Commonwealth (UK, Canada, for example) celebrate Boxing Day which falls the day after Christmas (December 26th).

Communication specialists should also be mindful that Christmas has different meanings to each person. While many Christian people celebrate Christmas to commemorate the birth of Jesus Christ, non-religious people might focus more on gift giving and spending time with loved ones. It’s also important to note that some cultures (typically across North Africa, Middle East, and parts of Asia) don’t celebrate Christmas at all.

Even the traditions vary widely across the Western world. Local traditions and superstitions are often woven into the holiday celebrations including Christmas tree decorating spiders (Eastern Europe) or traditions of enjoying a Christmas visit to the sauna (Finland).

2. Plan for Holidays Not Based on the Traditional Calendar

Holidays like Christmas are easy to predict since most people celebrate on the 25th of December. However, there are many other holidays of the world that don’t follow the traditional Gregorian calendar. Some holidays, especially religious ones, follow lunar or other types of calendars. Communications specialists will need to do a little research in advance to find out when these holidays will occur.

Hanukkah, also known as the Festival of Lights, is a holiday that is celebrated by nearly 15 million Jews around the world. Contrary to popular belief, Hanukkah is not a Jewish version of Christmas. The holiday commemorates the 2nd century BC rebuilding of the Second Temple of Jerusalem. Each year, the duration of Hanukkah is a predictable eight days and nights. However, the dates of the holiday can vary slightly based on the Hebrew calendar. Hanukkah can occur any time between late November and December.

Unlike Hanukkah, Ramadan can occur any time during the year based on the Islamic calendar. The celebration aligns with the 9th month of the calendar. During this time, Muslims across the globe take time to renew focus on their faith and fast. And, to add complexity, that date may be predicted, but must be ‘called’ upon the sighting of the moon.

Some holidays last a very long time. This might require additional planning to have sufficient levels of communication during these extended holidays. For example, Chinese New Year is celebrated over 15 days (in addition to being based on the lunar calendar which requires research ahead of time). Other holidays such as Ramadan lasts about a month (29 to 30 days depending on the year). During these times, some people may have limited availability as they celebrate and observe the festivities.

Some holidays and festivals have deep cultural and religious significance. The messaging during this time may need to be carefully planned to avoid any sensitive topics or insensitive communication. Even the best intentions can backfire if not carefully considered.

Kwanzaa, for example, is a celebration of African-American culture in the United States that lasts from December 26th to January 1st. Although Kwanzaa is traditionally an American holiday, some Caribbean countries may observe Kwanzaa. Communications centered outside of the United States should avoid terms like “African-American” since people in those nations are not American. It’s critical to understand how those individuals wish to be identified in communications regarding Kwanzaa.

Some holidays require people to abstain from certain activities. For example, during the fasting hours of Ramadan, observers avoid consuming food and beverages. Communication regarding food or drinks could be considered insensitive to those who are fasting.

It’s already been mentioned that some holidays can occur on different dates. This may force communications specialists to stagger their communication throughout the year. For example, Valentine’s Day in the United States (and some other countries) always falls on February 14th. However, a February communication regarding this holiday would cause confusion in Brazil which doesn’t observe Valentine’s Day until June.

This applies to numerous other holidays of the world. Many cultures celebrate Mother’s Day, but the specific date can fall on different days. For example, Mexico and the United States recognize mothers on different dates in May. In the United States, Halloween is observed on October 31st. Other cultures celebrate Dia de Los Muertos or All Saints’ Day instead, which typically falls on the first of November.

In conclusion, do your homework, plan in advance and be culturally sensitive in your communications. 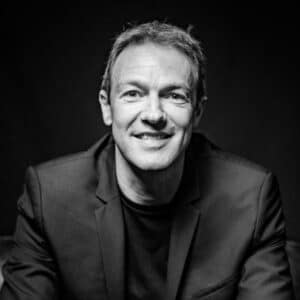