There’s a saying that there are two things you shouldn’t talk about at parties: religion and politics. That’s because talking about either one is liable to get you into hot water with people who might otherwise be your best friends.

Similarly, the decision for a brand to engage in a public affairs campaign—a political communications campaign—violates the spirit of this unwritten rule. It is a decision to publicly advocate for a particular position that–more often than not–ends up being controversial.

That doesn’t mean brands should shrink from a potential fight over a partisan issue. Quite the contrary. More and more, companies are compelled to take a stand on contentious issues that are morally, ethically and/ or economically vital to their leaders, their employees, their customers and their investors, among other stakeholders. On the flip side, failing to step forward can damage reputation even more, leaving an opening for competitors who are willing to speak publicly and with greater conviction.

Once a brand is ready to engage in a public affairs campaign, there are steps that can be taken to minimize risk and maximize success.

To begin, like any communications campaign, a well-thought-out strategy is crucial. And a strategy begins by clearly understanding the goal. In public affairs, the hoped-for outcome is generally the passage of a new law, or regulation, or government policy. Or the prevention of an adverse law, regulation or policy. But, that’s a government relations goal–the goal of the lobbyist. The goal of a public affairs program is to create an environment conducive to those political ends. If lobbying supplies the ground troops to storm a beachhead, public affairs provides “air cover” through the modern media and third-party influencers. Mapping out a media and social media strategy that will be persuasive and influential is a foundational part of a public affairs campaign.

Find Out Who Pulls the Levers of Power

Public affairs can be scary and confusing for the uninitiated because often it means navigating a labyrinth of high-powered, well-educated, well-funded people who maintain positions of significant power. There’s a sense that a lot of political deals get done in smoky backrooms, out of the light of public view. While that may occasionally be true (minus the smoke), public attention can be the most crucial aspect to ultimate success. If a legislator feels they will suffer at the ballot box from the public opinion of voters, they’ll rarely choose to do anything to jeopardize their constituent’s sentiments. Knowing who the political players are is key. But, understanding their motivations and who they are influenced by is equally as important. While an audience can be researched, it is even more valuable to have a guide who knows the system and where the power lies (no pun intended).

Political communications often feel like a game of code words, with its own vocabulary. People may like “democracy” or the idea of a “republic,” but vehemently dislike Democrats or Republicans, depending on their point of view. No politician on the “left” nor “right” will ever argue for “raising taxes” if they can avoid it, but they’ll be sure to argue for “creating jobs” as often as possible. The terms in vogue will change too; the problem of “climate change” used to be more commonly referred to as “global warming,” until the latter term became anathema to the opposition and an insufficient description for environmentalists. Who is speaking can also determine what should be said and what is heard. For instance, some people are described as being “pro-life,” while their opponents consider them “anti-choice,” in reference to abortion. While it is important to have a position and a message, it is also important to describe the message in a way that the intended audience will hear it and be convinced.

For Everything There is a Season

Politics operates in its own cycle and in its own unique timeframes. Legislative and regulatory actions often happen quickly and in a specified window such as during a session of Congress, Parliament or during an election season. Navigating the timing of public communications is important in public affairs to maximize effect and capitalize on a peak of public and media interest. The good news is that a lot of this is predictable, and campaigns can plan certain milestones that are likely to take place. Sequencing advertising, media relations, social media, press conferences and events or other public-facing activity are all be part of a smart communications plan.

Unfortunately for brands interested in starting out on their first public affairs campaign, politics is different in every country, state, province, city, town and municipality around the globe. The people, the players and the personalities are different. The rules of the game are sometimes unwritten. The spoken languages are not only varied but nuanced and filled with historical context and unanticipated meanings.

Wherever you go, one thing seems to be true: It is practically impossible to get a government to do anything quickly. So, it’s better to start now. 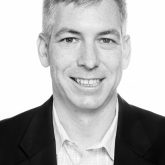 Mark Hazlin
Senior Vice President, Xenophon Strategies, Inc.
Mark Hazlin is a Senior Vice President at Xenophon, a strategic communications consultancy based in Washington, DC. He has more than two decades of experience advising senior leaders at national and international corporations, associations, and public agencies to help find and share their voice. He is currently the Chair of the Leadership Roundtable of the Public Relations Global Network. He has also worked as a journalist, writing stories for USAToday, Forbes and other local and national media outlets in the US. He received a M.S. degree in journalism from New York University and a B.A. degree in political science and English from Boston College.
All posts by Mark Hazlin