What Can Redwood Trees Teach Business about Sustainability? 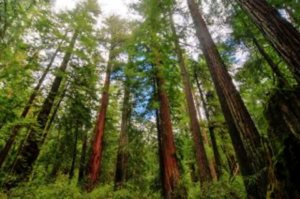 These iconic trees, some of the oldest and certainly the tallest and largest in the world, are mainly located in California (with a small grove also in remote China). Redwoods exude a majestic presence with their beauty, their breadth, their height and their age: it just makes you want to become a tree-hugger. They make you want to do everything in your power to preserve them on our planet.

Just by sheer osmosis, redwoods have certainly taught us a lot about sustainability. Sustainability, in turn, parallels ESG (environment, social and governance) oversight in business, which lately has become a touchpoint for how business operates in the 21st century.

When talking about ESG, corporations and investors look at a variety of issues that can affect a company’s growth. They may be related to how a company manages and recruits for a diverse staff; how they manage for sustainability; or how they help preserve the planet.

When it comes to sustainability and preserving the planet, one group has been moving the needle for more than a century. That’s San Francisco-based Save the Redwoods League, a non-governmental organization dedicated to the preservation and restoration of these magnificent trees. Over the last hundred years, the League has saved and restored more than 200,000 acres of redwoods trees throughout California. And for more than a decade, LCI in San Francisco has had the pleasure of representing this singular nonprofit.

Now, the League is learning how climate change is impacting redwood forests by tracking forest conditions over time in a network of forest plots distributed throughout California’s geographic range of coast redwoods and giant sequoia. 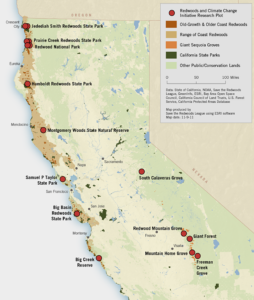 According to the League, “beginning in 2009, researchers from Save the Redwoods League and Humboldt State University installed 16 long-term forest monitoring plots in old-growth coast redwood and giant sequoia forests to better understand how forests change through time. At each of these sites, researchers climbed and mapped individual old-growth trees to better understand tree structure and growth rates, as well as forest carbon storage.

Over time, the League realized that although the old-growth forests are critically important, we need to develop a better understanding of the younger, recovering forests that make up 95% of the coast redwood range. We also needed to understand how climate change might be differentially affecting forests on the edge of the range – far inland or to the south.

One surprising finding is that some old-growth redwoods have grown more since the 1970s than they ever have, even during the 2012-2016 drought. One hypothesis for these growth rates is that rising temperatures are lengthening the growing season. Another factor may be more carbon dioxide in the air. In the coast range, decreasing fog may provide the trees more access to sunlight.

However, some forests at the extreme edges of the coast redwood range did show reduced growth rates during drought, which may be due to increased competition for resources, since regenerating forests are often denser. Second-growth forests did not see the same growth surge that old-growth forests did in the latter half of the 20th century, perhaps for the same reason, though more research is needed to better understand these forest dynamics.

One of the critical discoveries by the League’s leading scientists is that ancient redwood forests store more carbon above ground than any other type of forest. “As trees grow, they pull carbon out of the atmosphere and store it in their trunks and branches. Redwoods are uniquely suited to this task, storing more carbon per acre than any other forest type. Their wood is also highly rot resistant, which means this carbon will stay locked up for a very long time,” said Kristen Shive, the League’s Director of Science. “This is just another way in which these trees add value to our world.”

So, what can redwood trees teach business about sustainability? Besides teaching us through their unending beauty, they can also teach us to adapt. The situations that have forced redwood trees to change are the kinds of tectonic changes happening in business today. It’s no longer “business as usual,” especially since Covid-19: businesses are learning they must adapt and change to a climate where governance, sustainability and the environment are front and center. Who we hire – and how we hire – are as important as what we do.  How we conduct business, as opposed to just the end product, will have lasting effects on the future of our businesses. And what kind of overriding governance is in place will result in how likely investors will fund a business’ financial support.

The question remains: how will your business adapt? 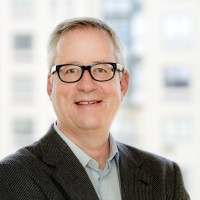