Announcing Layoffs: Treat It Like Crisis to Minimize Reputation Loss

In recent months, many companies worldwide, especially social media and tech-based companies, have cut their workforces citing inflation, the ever-looming recession and loss in revenue as the chief reasons to blame.

While some of these layoffs generated only a few headlines in the news, some well-known CEOs and bosses have not handled the communication of layoffs with much empathy, causing public outcry and more headache for themselves than expected.

The infamous firing of 900 people via a three-minute virtual call by Better.com CEO Vishal Garg not only made it on top of PRGN’s selection published last week of the biggest company crises to learn from in 2022, but also quite visibly set the tone for many CEOs and employees throughout last year.

When the News Are in the News

In the last days of 2022, The Washington Post publisher Fred Ryan announced the newspaper’s plans of Q1 layoffs during a town hall but gave little comfort to ease concerns. Despite being in a room full of reporters, Ryan refused to answer questions and provide details, causing panic from people who were nervous about losing their jobs.

Ryan simply told the reporters, “We are not going to turn this into a grievance session” and walked away. This brief interaction was also caught on video and shared on Twitter by The Washington Post’s own national correspondent.

The announcement and the poor handling of the town hall by Ryan spread through social and traditional media, such as CNN and The New York Times – both of which noted the town hall grew “contentious” after Ryan refused to answer questions.

Another notable poor firing performance in recent months came from Elon Musk, who purchased Twitter last Fall and saw drops in revenue, and quickly laid off about 50% of the social media company’s workforce via email that lacked any thoughtfulness and sensitivity. Musk also locked terminated staff out of the company network almost immediately.

With the swiftness of the terminations at Twitter, Musk, who has a reputation of being staunch and demanding, was being criticized as “inhumane.”

Some former employees have also filed a class action lawsuit, stating that Musk did not give them appropriate notice of their termination under U.S. federal law, and only found out they were fired when they discovered they were locked out of their computers.

The firings are also part of larger string of PR missteps Musk has taken since buying the company, including abruptly removing and reinstating verified accounts; reinstating suspended accounts; offering an ultimatum to employees – work long and intense hours or leave; shadow-banning accounts that parodied him or showed “hateful conduct” towards him; picking fights with celebrities and major brands such as Apple; Insulting some of Twitter’s most loyal users. And probably the most notable of his missteps was dissolving Twitter’s Trust and Safety Council in an email that said the council was not “the best structure” to bring “external insights into our product and policy development work” less than an hour before the Council was to meet.

To contrast Musk, Meta (formerly known as Facebook) CEO Mark Zuckerberg also made an announcement to terminate a sizeable portion of his tech company’s staff – about 11,000 people – but also noted there is no easy way to fire people and approached the mass layoffs in a more respectable manner.

In a post to Meta employees Zuckerberg laid out the details of the firings, why they were occurring and that they were his fault for overspending and underestimating the loss in revenue. He also demonstrated a clear understanding of the importance of employees to the company and how their efforts brought about success.

That won’t make the termination any easier, but it at least shows some level of concern from a CEO towards his employees.

Zuckerberg also provided next steps for those laid off – severance (an amazing “16 weeks of base pay plus two additional weeks for every year of service, with no cap”), remaining PTO, insurance coverage, career services and even immigration support. These dismissal packages are all things that employees want to know and should be made aware of when being let go.

And although there was a large amount of attention placed on Zuckerberg and the firing of 11,000 employees, there has not been much coverage in media that criticized Zuckerberg for the way he went about it. (Importantly, though, there are plenty of calls for his resignation and employees that claim that Zuckerberg is slowly killing the company in recent years).

The sharp contrast between the firings by Musk and Zuckerberg, however, highlights how important it is for CEOs to carefully plan for and execute the delivery of bad news. Zuckerberg even noted in a town hall meeting that he and Meta put more thought into their layoffs than Musk and Twitter.

Maybe Zuckerberg has a point. Terminating staff, which impacts more than just the employee but also their livelihood and families, needs to be thought out as if the company were planning for a crisis response (which in essence, it could be).

Musk may not overtly care about his reputation or the well-being of his staff at Twitter, but that doesn’t negate the fact that there is now a crisis surrounding his reputation, as well as within the company.

The CEOs of Twitter and Meta are not the only ones that have had to announce major layoffs in recent months. A small sample list of companies that have made layoffs is below, but a true visualization is available online from VisualCapitalist.com: Peloton, Masterclass, Lyft, DocuSign, Zillow, Amazon, DoorDash, Microsoft, Noom, HP, Morgan Stanley, CNBC, Buzzfeed, Carvana.

No one can ever predict when bad news is to come and when it will need to be delivered, but it is important for CEOs to know how to go about announcing layoffs to their staff, as well as plan to move forward in assisting employees, and responding to questions and critics.

Do you have a proactive communication plan for handling major company changes this year? If not, the professionals at PRGN closest to your market today and be amazed at how much their insights can help you do that.

This blog post is an edited version of the original post first appeared in the blog series of Xenophon Strategies, Inc. PRGN’s member agency in Washington D.C. 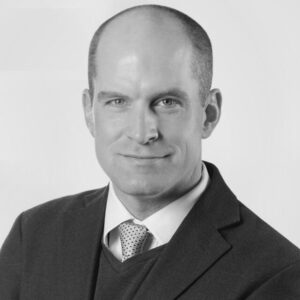