Online activism is a very potent tool for change that gives activists who would otherwise go unnoticed an immediate and potentially global audience to hear their side of a particular story.

We’ve seen how activists can garner a groundswell of support that can overrule the ‘terms and conditions’ of business and even put world leaders in their place.

It is an instantaneous way for like-minded people to band together in one place, regardless of where they are, and companies who believe the way they do business will remain unaffected by the power of online activists should take heed from the lesson that one of South Africa’s biggest insurance brands have learned over the past year.

Local insurer Momentum Life had to rethink its life insurance policies in relation to deaths as a result of violent crime after initially rejecting one such claim due to the policy holder’s lack of disclosure of a pre-existing health condition at the time of signing up for the policy.

When things go wrong, having underestimated the power of social media is a hard lesson to learn.

Companies are increasingly exposed to online activism thanks in part to the rise of socially conscious consumerism. It has the power to affect real change either for – or against businesses.

Businesses who’ve not invested in placing on record their reputation for being ethical and transparent will be particularly exposed in times of crisis.

It is, however, important to distinguish between the online activist versus the online saboteur.
A big responsibility rests on the shoulders of activists to ensure that they can stand by their point of view when it is tested because, however well-intentioned, it can lead to unwarranted damage to brands.

When conversations ignite society’s emotions about a particular issue – whether it is for or against a cause – there are many “keyboard warriors” who jump on the bandwagon without really interrogating the merits of the issue at hand.

Online activism can be very unpredictable and can start a potentially open-ended conversation to which activists can return to again and again.

It raises one important issue for business – actually an important opportunity – and that is to be much more in tune with the conversations that their audiences are having and to be sensitive to their causes. It is inevitable that mistakes will be made, but the key is to get ahead of the problem before being taken to task.

It is critical that companies are proactive when problems do arise to explain, apologize, repair the damage and rebuild trust on the premise that a problem will not reoccur. Business must be able to answer the question ‘what is the worst thing that could happen to our company on social media today, and are we ready to deal with it?’

The online world has enabled society to become a conscience for business and it is a conscience that is ever vigilant and fearless in its pursuit of what it believes is just. 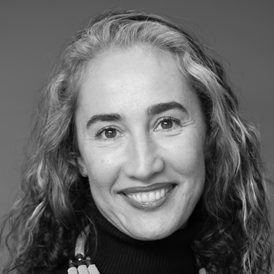 Lynn Erasmus
Managing Director, HWB Communications
Lynn is a senior Public Relations and Media Practitioner who has worked in the consultancy and corporate communications environment for 22 years, gaining extensive marketing and communications strategy, project management and media experience.
All posts by Lynn Erasmus