A New Approach for Media Relations

It seems like ages ago, but when a public relations or marketing professional wanted to create buzz for their client or brand, they used to quickly fall back on media relations. These days, that’s not necessary the case. Thanks to the rise of the internet and social media, all media are being consumed differently and PR possibilities have expanded rapidly. A company or PR agency can (and should) create their own buzz through, among other things, blogs, carefully curated posts and new apps like TikTok and Clubhouse.

Does this make media relations obsolete in 2021? Absolutely not. They are simply part of a bigger picture. And if done right – which requires a new approach – they can provide benefits which no other marketing tool can.

The value of ‘neutral’ information

In all media relations there is an ‘intermediary’ audience. You have to reach the media first, who then relay the message, in their own words, to your target audience. That complicates things, but if done right the information will be perceived as more neutral by the end consumer (even in times of ‘fake news’), and thus much more valuable to a company.

Of course a social media influencer – if you select them wisely and keep up a rigid quality control – can also be perceived as a trustworthy intermediary by end-consumers. Whether an influencer is effective or not, greatly hinges on the target audience, and the same goes for more traditional media.

One thing is for sure, the media landscape has become more fractured and complex. This also has a big impact on the more ‘traditional’ media. We’ve all noticed how work pressure on journalists has increased, fueled by the meteoric rise of digital media and a rapidly changing commercial landscape. To stand out in these circumstances requires a new approach, where you provide unique stories.

Time to get off your island

But how? Consider making alliances to strengthen your stories, and double down on credibility.

For example you can organise a roundtable on a newsworthy subject, not only having clients as speakers, but also an independent moderator and an independent expert. This mix will be very appealing to key journalists, for the advantages are plenty: the information will be seen as more balanced and neutral, journalists can ask questions directly and if you send a summary afterwards you take more work out of their hands. Don’t forget this is also a great opportunity to promote all participants on social media and strengthen their image as authority figures on a certain subject.

Another example: different companies participating at the same event (of course no competitors) can consider sending a grouped press release, ideally also presenting the main novelties directly at the most important editorial offices. Again, journalists will appreciate having all the info in one place, making their life easier and not overloading them with countless individual press releases.

Finally, say a company from the building industry has contributed to a new building project. Try integrating different partners in your communication, such as the architect, a research bureau, a government official and/or other brands. For the journalists it is about the story of the project, not about an individual company. If you highlight cases that are interesting as a whole – for example an energy neutral building or an architectural masterpiece – all partners will profit from the attention.

A question might come up: won’t it dilute my message if I have to share it with others? Not really. It will often simply make the difference between being covered and not being covered at all, especially in high-level media. Because of the quality of the resulting press coverage, the message will also be seen as more believable. At the same time, credibility is increased and links are made with other companies, which can be useful in the future.

Finally let’s not forget that a company which is lucky enough to have plenty of relevant new products or services can still freely and individually communicate about them. In their case the examples mentioned above will be a very interesting extra, reaching media they would normally not. 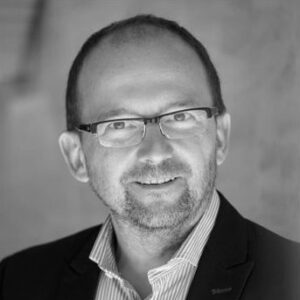