How the Largest Free, Open-Source and Decentralized Microblogging Network in the World Works

As a result of Elon Musk’s interest in acquiring Twitter, and despite some hesitation about the examination of fake accounts, the name of another social network has been bouncing for months, so that it would represent the ethical alternative to the most used microblogging platform to date.

Mastodon was founded in 2016 by the German Eugen Rochko and today already has 4.4 million users. Many of them are Twitter refugees in search of a social alternative to the traditional model of commercial social networks.

The young German computer scientist immediately stood in opposition to Big Tech capitalism by siding against the thorny issue of social data processing, but even more against the polarization of the political debate during the period of the Trump presidency, a phenomenon undoubtedly exacerbated by Twitter’s affordances.

To understand how Mastodon works, first forget about the traditional model of social media that we know.

On Facebook we do not own anything since the power, both in terms of server and software control and in terms of freedom of thought, lies in the moderation policies within the company itself.

Specifically, Mastodon, claiming itself as a decentralized and open-source platform, delegates to the users themselves the right to create discussion topics (with sections called “instances”), adding the possibility to manage the moderation lines and change them for each instance. Each “instance” comes with two timelines: one local and one federate. In the first we only read the toots (i.e. posts) shared by the members of the “instance,” in the second we also add the toots coming from the “instances” to which we are not subscribed, but that our “friends” follow. A more detailed control of the visibility of the toots is also possible: each post can be visible on the local (instances) or global (federated) timelines or both, public but not visible on the timelines, or totally private.

The decentralized structure has to be seen as a federation of different communities, a network made up of independent nodes, within which, similar to Twitter, the 500-character limit applies. We can follow and communicate with users from different rooms through the personalized feed, but the big difference that stands out is the absence of advertising and consequently the danger of someone coming into possession of our private data is eliminated. A paradise for all those who want to escape the so-called surveillance capitalism without having to completely withdraw from the use of social networks.

At the moment, being a free and non-profit platform, Mastodon is self-managed by users. The creator of an “instance” is also responsible for managing and paying for the server hosting it. The total income is instead provided by donors from Patreon.

The most interesting aspect that public relations agencies will be thinking about in the near future will be to understand how to integrate brand communication in on this new social network. The absence of advertising and user profiling will certainly lead to a rethinking in the communication field. It could be necessary to take new paths, for which social media marketing and PR & communication activities could undergo a certain evolution, but today it is difficult to foresee the next steps of Mastodon, especially if it were to receive even more significant inflows of users.

As it stands now, we can assume that the majority of Mastodon users belongs to a specific target audience. They share a deep knowledge of Information & Communication Technologies. Most of them are male, likely to work for Big Tech and heavy social media users. They were probably the early adopters of Facebook or Twitter or another social network now disappearing.

If your customers are likely to share values within this kind of audience, the idea of pioneering Mastodon, an alternative social network to Twitter, could bring you a serious advantage by joining a relevant Mastodon instance to increase brand awareness. 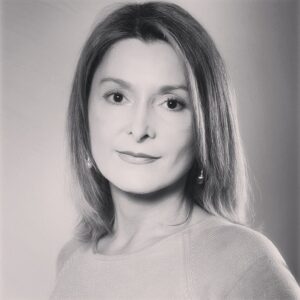 Alessandra Malvermi
Co-Founder and Managing Partner, Sound Public Relations
A public relations, brand management, digital strategies, social media, content marketing and crisis communications expert, Alessandra is strongly passionate about innovation and new trends and has a lively talent for international relations. Besides being Vice President of Global Women in PR for Italy, she has been a jury member of the IMC European Awards and Chair of the PRGN Membership Committee. Among her interests are skiing, trekking, music, arts, books and more.
All posts by Alessandra Malvermi