The Best Social Media Campaigns of 2020

Recently a list of the best social media campaigns of 2020 has been revealed and it includes campaigns from globally renowned brands such as Spotify, PlayStation, Bud Light, Ocean Spray, Heineken, Netflix and Pringles. Rightly so, the campaigns offered significant insight to communication pros not just because of the brand name behind the campaigns but because of how they were executed. The compilation was made by Luxembourg-based social media analytics and monitoring agency TalkWalker.

Whatever may come our way in 2021, brands will still need to sell their products and social media remains the most influential marketing platform. If you want to translate current social media trends into successful campaigns in 2021, a good place to start looking for inspiration is the list of the best projects of 2020.

The campaign was the idea of two students from Miami Ad School in Hamburg. It was meant to encourage people to stay at home. Spoilers from popular Netflix shows were shared on digital billboards. As soon as people went outside, they would inevitably find out the ending of their favorite show … and of course, no one wants that. Netflix, unfortunately, was not willing to commission the campaign. The campaign did cause a stir on social media despite, or perhaps because of, the Netflix cancellation.

Google’s most successful Super Bowl commercial uses faded photos and beautiful memories to tell the emotional story of an old man remembering his late wife. Here, the Google brand shows how it develops products that help people in their daily lives. At the time the compilation, the YouTube counter stood at 62 million views. There is no end in sight.

On the occasion of the resumption of the NBA (National Basketball Association), Nike put online the third film of its Can’t Stop Us campaign. The Nike video “You can’t stop us” demonstrates sports diversity: footage of athletes with different disabilities, different genders and different nationalities and is intended to inspire others. On the day of its release, the campaign already had more than 120K engagements and now standing at over 59 million.

Campaign 4: PlayStation | Play Has No Limits

For the launch of the PlayStation 5, Sony posted several videos under the motto: “We are all explorers” on topics including space travel, deep sea diving and mountain climbing, and extended its global campaign “Play Has No Limits” via Twitter, Facebook and TikTok. At the same time, the legendary PlayStation shapes (PS5 console and DualSense wireless controller) were projected onto the facades of public buildings in 25 countries worldwide as a spectacular light show. The campaign generated 123K mentions and 1.7M engagements.

COVID-19 increased our digital socialization – this was proven by the Pringles TikTok campaign Play with Pringles (the second most successful TikTok brand campaign so far): Pringles fans (the target group is Gen-Z) got creative with the chip packs or chips and produced cool videos with Pringles dances, comedies, music etc. The video reached over 230 million views with more than 87,500 users sharing 151,000 videos.

In a Pinterest challenge, the famous American Getty Museum called for people to choose a favorite from its online collection and recreate the artwork at home. A successful challenge for creative Twitter, Facebook and Instagram users! Funny museum comments, too! The campaign went viral with 78K mentions and 478K engagements.

With the onset of the pandemic, Heineken changed its #BetterTogether campaign to #SocialiseResponsibly, calling for putting health and safety first. To kick off the season, the company teamed up with global car racing series Formula1 to stream a live performance by the famed DJ and producer Oliver Heldens as a virtual party live across social media channels of Heineken, Oliver Heldens, F1 and Aston Martin Red Bull Racing. Heineken fans were thus able – despite Corona – virtually celebrate together worldwide and (experience) #SocialiseResponsibly! The #SocialiseResponsibly campaign achieved 11K mentions and 96K engagements.

Campaign 8: Ocean Spray | Fleetwood Mac & a guy on a skateboard

When live concerts were put on hold because of COVID-19, audio and media streaming providers had their big chance. Spotify offered an alternative in the corona times with its #2020Wrapped campaign, featuring many artists and podcasters, and addressed its gratitude to listeners, artists, podcast and playlist creators for supporting and entertaining the audience. On-top highlight: billboards with messages matching the stars. Spotify received nearly 16 million mentions in 1 month alone (2.3M in a single day) … and its stock price rose 16% – illustrating again how a good campaign can add real value to a brand or company.

With an attention-grabbing job ad, Bud Light was looking for a creative Chief Meme Officer. His job: create 10 creative memes per week for 3 months for a new product line! Original quote: “We need someone who can change this for us. Someone who can bail us out, someone who knows how to use the lasso tool in Photoshop, someone like you.” The job ad became a strong campaign online for Bud Light: 1K mentions and 9.4K engagements.

The National Cowboy & Western Heritage Museum in Oklahoma City unceremoniously hired a security guard due to its closure forced by COVID-19. Tim, the new social media manager, was hired to protect the museum and its collection. He posted daily on Twitter and Instagram to highlight individual exhibits and took his followers on virtual museum tours. His trademark: The hat and eyepatch worn by John Wayne in the movie True Grit paired with a genuine, personal, and friendly personality to address his followers (#HashtagThanksTim). Tim’s posts were liked by thousands worldwide.

Lidl launched a seasonal social media campaign in the UK on November 9, asking for “Lidl love.”  On November 14, an additional ad was posted that took aim at traditional Christmas advertising and made visitors laugh! Among other things, the likeable ad contained a reference to the Aldi campaign “Kevin the Carrot”: “You don’t need cute characters when carrots taste so good…”. The teaser ad generated 21.7K likes.

We hope these campaigns have proved true inspiration for your social media strategies and campaigns in 2021. Good luck! 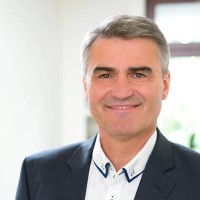 Uwe Schmidt
CEO and partner, Industrie-Contact • Public Relations Agency
Uwe Schmidt started at Industrie-Contact AG (IC AG) as trainee in 1989. Just a few years later he became CEO and partner. In the 1990s he took care of the German business and in the early 2000s he established the international network of the agency. In 2002 IC joined the Public Relations Global Network (PRGN) where Uwe helped extend the European network. Uwe was the president of PRGN in 2014/2015. He sees the future of PR closely with other marketing disciplines against the background of sales interests of the clients. Besides his activities for Industrie-Contact, Uwe is chairman of the Kinderhilfswerk Dritte Welt e.V. (children charity organization) which implements aid projects in eight countries.
All posts by Uwe Schmidt