With crises of democracies and capitalism the end of this decade has brought to us globally, it has become more and more necessary and frequent for diverse interest groups to express their opinions to governments in fast and powerful ways to change the environment around them.

Tired of waiting to raise their voices through traditionally slow channels like legislative debates in congress and parliaments, the urge from people to be heard has led to many massive protests around the world – including my home country, Chile. For most people, Swedish student Greta Thunberg comes immediately to mind as an example of this phenomenon. The strong, beaten tone with which this small, seventeen year-old girl addressed authorities has certainly resonated throughout the world.

In this article, I’m not going to analyze the disruptive communication actions of different interest groups; instead, I’m choosing to attempt something closer to my professional experience.  I’m happy to provide guidance to companies, brands and organizations on how to express their ideas and point of views through tried and tested communication channels.  Additionally, I’ll share my thoughts about what tools are available to influence or change public policies.

Certainly, social media is an effective method that first comes to mind. However, this space is plagued with fake news which can often lead to waning credibility for brands and organizations. And furthermore, it is difficult to use social media to confront arguments because of the lack of space and the short attention span of most users. Social media is mostly used to express emotions such as anger, fury, pain, anguish or hatred. Due to that factor, some channels such as Twitter are already wearing out some of the more literate users.

Another channel often used to reach political decision makers are mass campaigns, mostly involving paid advertising. We have seen large full-page newspaper ads with open letters addressed to authorities and politicians signed by various interest groups, organizations and noted individuals. However, these large full-page messages in weeklies and magazines seem old-fashioned. I don’t find them effective as they eventually reach the same traditional audience who are not inspired to support change. Furthermore, I believe these open messages come across as nothing more than a power struggle, typically going circles and the desired cause not getting anywhere.

Another method being used quite a bit is viral video, which seek to capture the emotions of the opposite sides and offer quick lessons of the events they describe. They do not require the audience to read much, they are entertaining and they generally feature opinion leading figures or the ambassadors of a cause – with their full names spelled out on screen – so the viewers do not have to be afraid of falling for fake news. Such short videos are easy to forward by mobile – hence they go viral. While they look very simple, there is serious strategic work behind them to powerfully convey the key message. Viral videos reach a wide audience and are more likely to influence and change opinions. They tend to touch younger generations, especially millennials or Gen-Z, key audiences that governments and organizations should consider targeting more. The younger generations have become the changemakers today and are directing the course of new public policies in the world – for the better or worse.

There are clearly many communications channels, tools and forms. The most common tool is introducing new topics and angles through media articles to generate or influence public debate and discussion. And we all know this traditional practice too well for me to elaborate here.

To sum it up, I think the key to reach governments and political decision makers successfully is to understand that this is no longer a direct communication channel. Instead of speaking directly to a government, companies and brands need to deploy multidimensional communication strategies, seeking to influence policies and decisions through widespread pressure from the population. 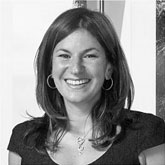 Valentina Giacaman
Founding Partner, RumboCierto Comunicaciones
Valentina Giacaman Hazboun is the Founding Partner of RumboCierto Communicaciones, a boutique agency in Chile that operates locally but boasts extensive relationships and global clients, including prestigious financial institutions, government agencies, foundations and NGOs. Valentina started her career as a senior financial journalist at El Mercurio newspaper in Santiago, Chile for about a decade giving her a deep knowledge of the media. Later, she transitioned to the corporate world at Penta Group (one of the main financial groups in Chile) in charge of its strategic communications department. She also served as Executive Director at Bethlehem 2000 Foundation – Chile, a position from which she reconnected with her Palestinian roots. Valentina is currently focusing on crisis communications and reputation management for corporations and high net worth individuals, as well as counsel to international companies setting up shop in Chile.
All posts by Valentina Giacaman
RumboCierto Comunicaciones
PRGN profile page | Website
« Previous Post
Next Post »